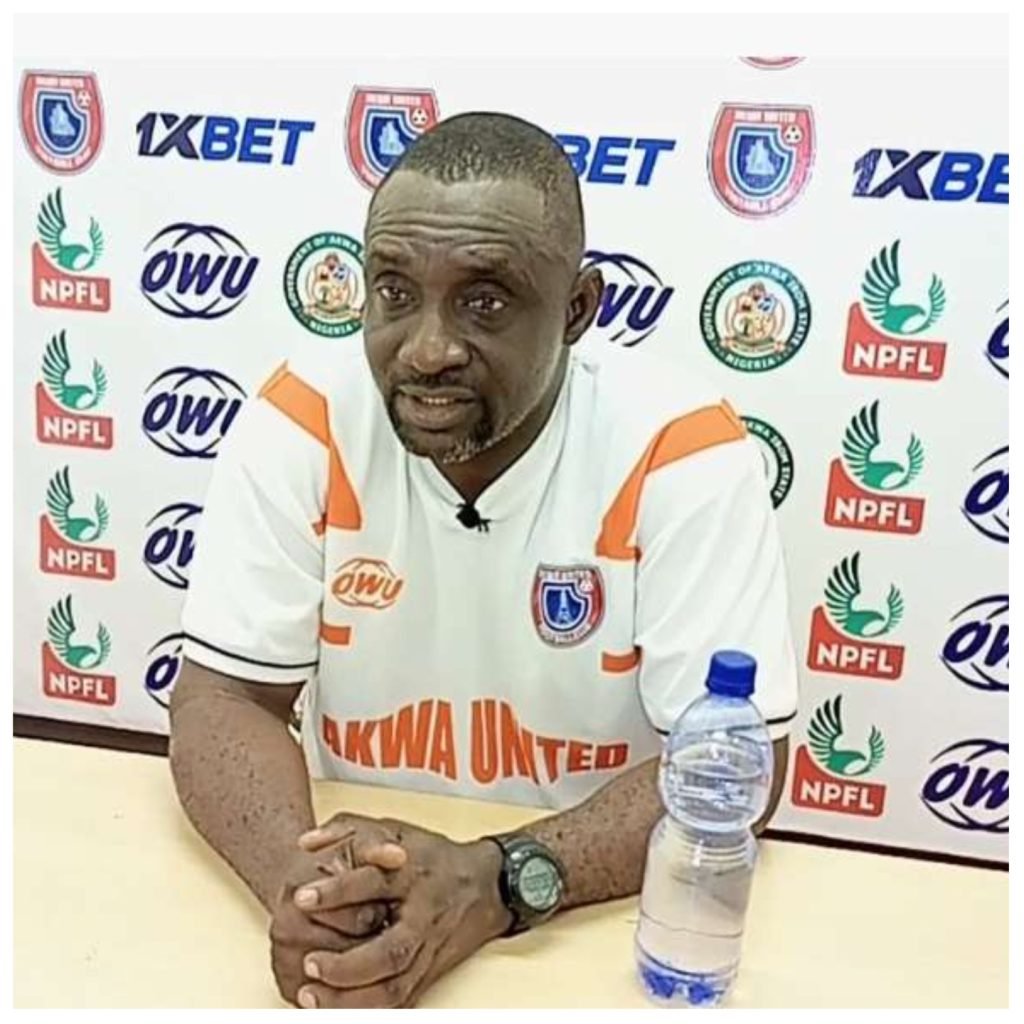 The Promise Keepers are yet to record a win in the NPFL this season.

Ayeni’s side lost 2-0 to newcomers, Bendel Insurance on the opening day and held eight-time champions, Enyimba to a 0-0 draw in midweek.

The Uyo club failed to hit the target in the two games despite creating a number of goal-scoring chances.

The gaffer, however, believes things will be better for his team this time around at the New Jos Stadium.

“It’s unbelievable that we are yet to score after two matches. We have done a lot of scoring drills and our team is such that any player can score at any time,”Ayeni told the official Akwa United website.