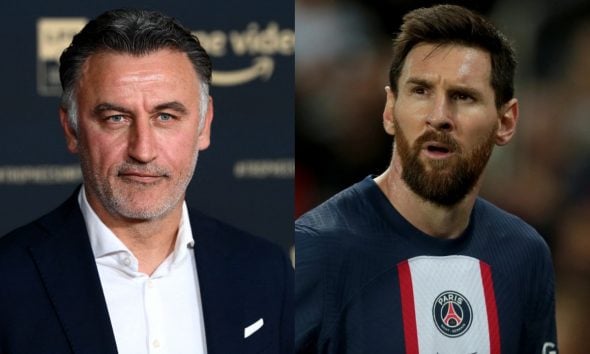 Messi has remained in Argentina following their FIFA World Cup win in Qatar and will not be back until after the Ligue 1 side face Lens at the start of 2023.

Mbappe is back to training at the French side but Messi is celebrating the win in his home country.

Addressing the press ahead of PSG’s clash with Strasbourg, Galtier said, “We did it on a case-by-case basis, there are the players eliminated very early who had ten or twelve days and who all returned on time.

“Those who went further like Hakimi who made a very big run. I’m thinking of Kylian and Leo. Hakimi and Kylian wanted to come back quickly with us in the group.”

“Leo due to his geographical location and his victory will join us at the start of the year after ten, eleven days

Related Topics:PSG boss Galtier reveals why Messi hasn’t returned to club
Up Next

Cristiano Ronaldo missing in 2022 team of the year [Full list]