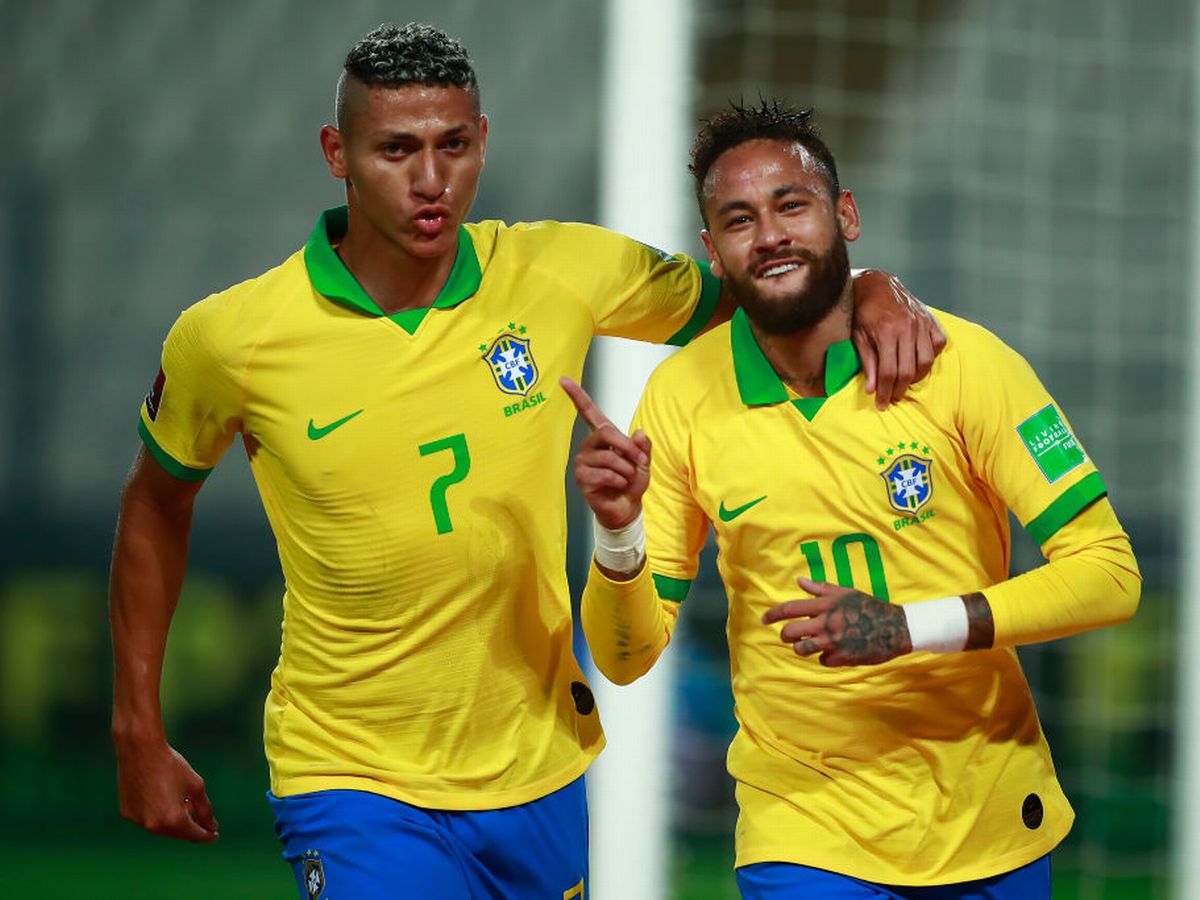 Richarlison of Tottenham Hotspur has described PSG star Neymar as a role model.

The former Everton forward stated in an interview with EuroSports that the Brazilian international has been extremely valuable to the national team.

Both Richarlison and Neymar will be hoping to help Brazil excel at the 2022 World Cup, where the team has been drawn in Group G alongside Serbia, Switzerland, and Cameroon.

“Neymar is a nice guy, he’s someone I really admire, a real idol for me,” Richarlison said.

“It’s great to play with him on the field because he’s always there to put us in a clear goal situation.”

“Whether you like it or not, Neymar is an ace, a standard player, and we do everything we can to make him feel good.”

Neymar expresses his Christian faith after Brazil wins gold at the 2016 Summer Olympics.

Neymar and former girlfriend Carolina Dantas have a son, Davi Lucca, who was born on August 13, 2011. He has a close sibling relationship with his sister Rafaella Beckran, and they bonded by tattooing her face on his arm, while Beckran tattooed her brother’s eyes on her arm.

Neymar is a Christian who practices the Pentecostal branch of the faith. “Life only makes sense when our highest ideal is to serve Christ!” Neymar has said of his faith. He has also been seen wearing a headband with the words “100% Jesus” on it. Neymar is said to give 10% of his earnings to his church and has named Kaká as his religious role model. Every year, Neymar organizes a charity match in Jundia, Brazil, with fellow Brazilian footballer Nenê, with the goal of raising food for needy families. Neymar speaks Spanish in addition to his native Portuguese.

Related Topics:Richarlison described Neym ar as role model
Up Next

Rooney hits back at Ronaldo over recent outbursts