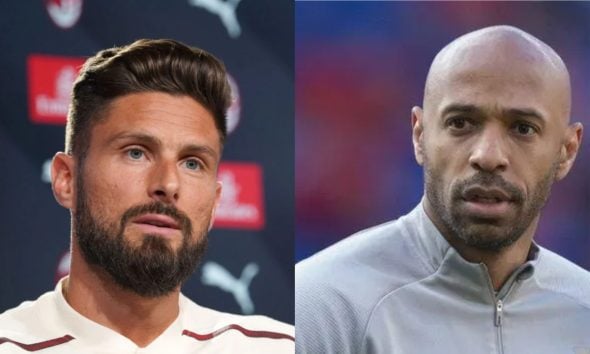 The debate on who is better player between the two France legends came up today following Giroud’s new goal record.

The AC Milan striker scored his 52nd international goal for France in their 3-1 victory over Poland in the round of sixteen of the FIFA World Cup in Qatar.

He equalled the record when he scored twice as France thrashed Australia 4-1 in the group stages and scored one more to set a new record on Sunday.

Stam believes that there were many things Thierry Henry did with the ball, such as scoring freekicks, his pace, dribbling and easily opening up defences, which Giroud is not capable of.

“This is because Thierry Henry had got the ability to pick the pocket and open up defence. He has the ability to move forward and dribble and use his pace very well…