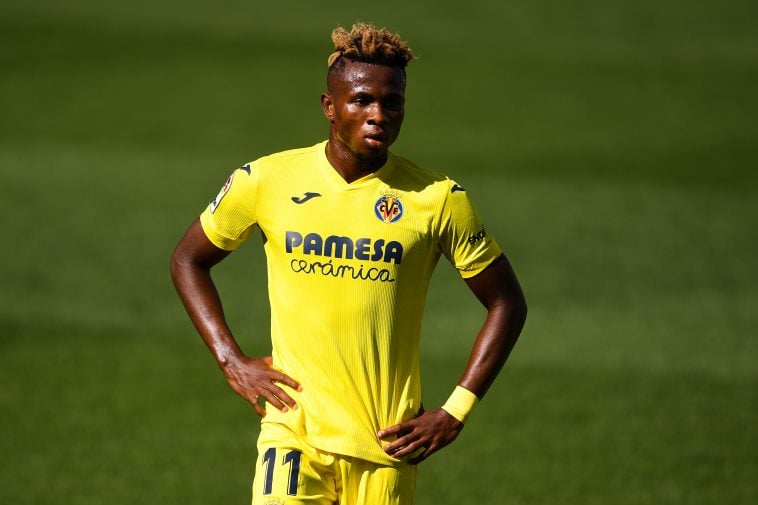 Nigerian duo, Samuel Chukwueze and Yusuf Otubanjo have been nominated for UEFA Europa Conference League Goal of the Group Stage.

Chukwueze’s stunning goal in Villarreal’s 4-3 victory against Polish club, Lech Poznan and Otubanjo’s superb strike in Pyunik’s 2-0 win against Zalgiris was nominated along eight others.

Incidentally, both goals were also nominated for Goal of the Week in the course of the competition but failed to pick the prize.

Chukwueze particularly has been in impressive form for Villarreal in the UEFA Europa Conference League this season.

The 23-year-old has scored two goals and recorded two assists in five appearances in the competition.

Advertisement
Related Topics:Otubanjo nominated for Goal of Group Stage awardUECL: Chukwueze
Up Next