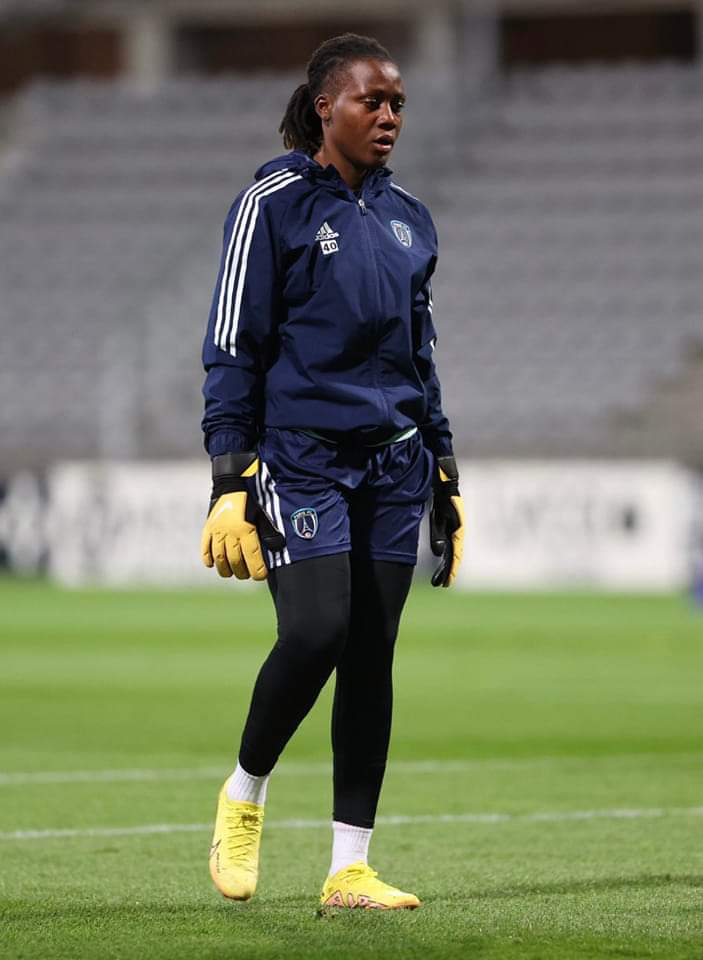 Super Falcons goalie Chiamaka Nnadozie has let the cat out of the bag concerning his little begining as an amateur playing in Nigeria, as a Nigerian under Nigerian parents.

“I kept on going because of my Dad, at a point he swore that I will never become somebody in life,” she told Eagles Tracker in an interview session.

“He has concluded that I’m just going to be a useless person in life.

“At a point, my Dad chased me out of the house because I refused to learn a trade; then I gave myself time that if by 20years of age I don’t make it in life, I will go back to my Dad and ask for forgiveness,” she added.

She continued, “Before I am even 15, I got a call-up by the U-17, that was a stepping stone; and when he saw me on television he was happy and called back that I’m his daughter.”

“He was really the one that motivated me,” she concluded.

21-year-old Chiamaka is playing for Paris FC in France’s Feminine Division and the Nigeria National Team.

Advertisement
Related Topics:Update: My Dad Swore That I'll Never Become Useful In Life; And He Chased Me Out Of The House - Chiamaka Nnadozie🇳🇬
Up Next