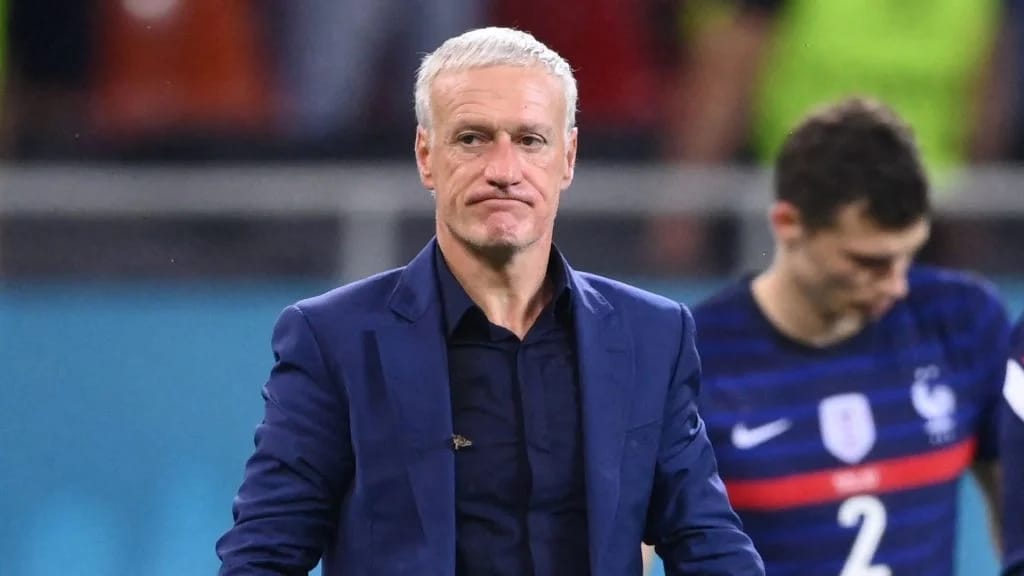 France coach, Didier Deschamps, has criticized defender Jules Kounde for playing with a gold chain against Poland during both teams’ World Cup round of 16 tie on Sunday.

Deschamps said Kounde was not supposed to wear a chain while playing on the field against an opponent, adding that the Barcelona star was lucky he was not in front of him.

Koundé started the match against Poland wearing the necklace as France won 3-1.

He played with it on before an assistant referee made him aware that he was not allowed to and made him take it off.

When asked about the gold chain that Kounde wore for most of the first half, Deschamps said at his post-match press conference: “I even told him – ‘You are lucky you are not in front of me, or else…’.

“ The referee had told us that as soon as there was a stoppage in play… players are not allowed to wear a bracelet or a necklace. They are not going to start wearing watches or sunglasses either. It is not allowed. I thought he was taking it off, but apparently, that wasn’t the case, it is our fault.