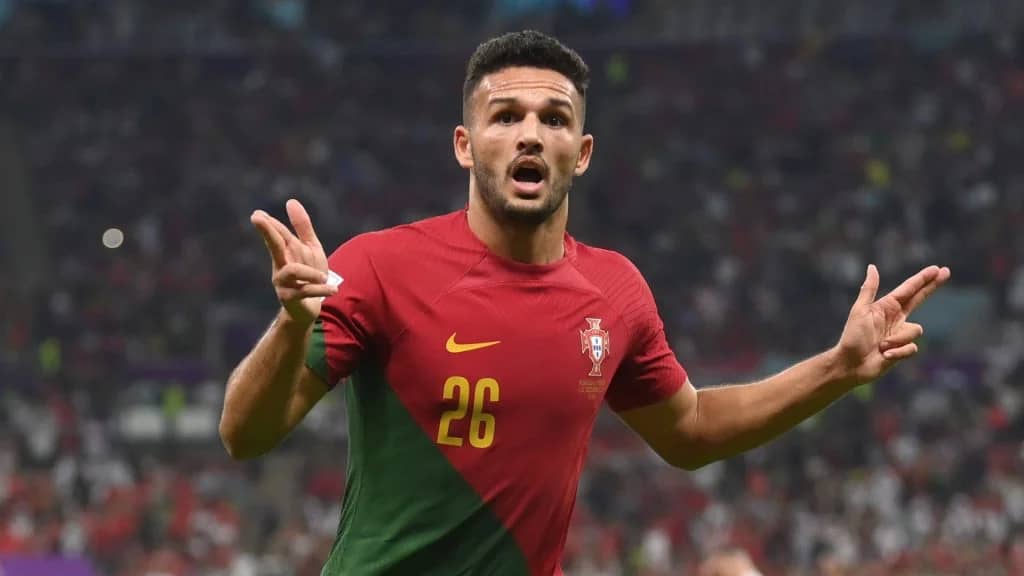 Portugal’s Round of sixteen hero, Goncalo Ramos has revealed what Cristiano Ronaldo did before their 6-1 win over Switzerland on Tuesday.

He said the former Manchester United captain had a chat with him as well as the rest of the team before the game.

Ramos, a surprise inclusion in the Selecao attack, netted the first hat-trick of the 2022 World Cup after replacing Ronaldo in Fernando Santos’s XI.

Speaking after the game, Ramos revealed the chat he had with Ronaldo before the game.

“Cristiano spoke to me as he speaks to everyone. He is the captain and he always tries to help. He did very well for me,” he said.

Ronaldo will be hoping to return to the starting eleven when Portugal tread tackles with African flagbearers, Morocco, in the quarter-finals at the weekend.

Advertisement
Related Topics:RamosWorld Cup: What Ronaldo did to us before Switzerland game – Hat-trick hero
Up Next