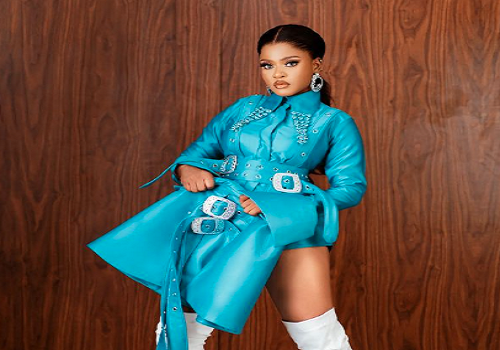 BBNaija ‘Level Up’ winner Ijeoma Josephina Otabor aka Phyna has made a U-turn on going through an abortion twice.

The reality star in a recent interview claimed to have terminated two pregnancies at 19 and 24 after a Twitter troll referred to her as an abortionist.

The interview was prompted following Phyna’s acceptance of the act while responding to the troll.

But a new twist was added when social media actor, Uche Maduagwu shared a phone conversation he had with the Season 7 winner where she claimed she never had any abortion.
She expressed surprise that the news spread like wildfire and in her defense, explaining whenever a person makes a derogatory comment about her during an altercation, she accepts them.

According to her, she doesn’t stop there, she tries to authenticate the rude remark by giving an example before she eventually fires back at the person.

She added it was her way of incapacitating her troll and getting them completely confused so that they are not even able to respond anymore.

She said: “The whole abortion pill that everybody is fronting….is fine, I don’t know but, what me I have to say is…

“The way I am, when we are fighting and you tell me that Phyna you are mad. Before I will continue with you, I will accept it. I will first accept that madness and say, ‘In fact, I just left the psychiatric home.’

“The way this whole thing started. When someone actually called me…said, ‘I can’t say the same for you because you are an abortionist. It was literally me doing it the way I know how best to do. And I said, ‘Yes, I have done abortion.

“Anything you tell me in the case of a fight, I like testing it because I see it as power. Because imagine you telling somebody that he is stupid and the person accepts it. What else do you now have to tell the person again?

“So that’s what happened with the whole abortion thing. I’m surprised people are now saying all these things.

“So imagine someone telling you something that they expect you to be hurt, only for you to accept it. What else would the person now have to tell you?”

”So there was nothing like abortion, you were just using it to catch cruise? Maduagwu queried.

“That’s how it is o!” Phyna responded. “We were just abusing each other back to back’, she replied. Sometimes, I wake up to see some things that I don’t even know ad I’ll just be looking.

“Everybody really watched me well in the house. When I am having an issue and you say, ‘Phyna, you are stupid.’ I’ll say, “Yes, I am stupid.

“Phyna you’re a foolish girl, I’ll say, ‘Yes, I am a foolish girl’ before I’ll tell you my own. So if you have the mind, collect the one that I am telling you.

“Even if I’ve done it, I can’t literally just come online and blow it up. Like, I don’t understand. That was me just doing literally the way I know how to quarrel.

“If you call me a razz girl now, like the way they enjoy calling me a razz girl. I’ll accept it and I’ll say, ‘Yes, I am razz, I’m from the street’, I accept it.

“So, that was what also happened that day. And the next thing e come be like say…well, I don’t know.”

Advertisement
Related Topics:Claiming I aborted twice was all cruise – BBNaija’s Phyna
Up Next