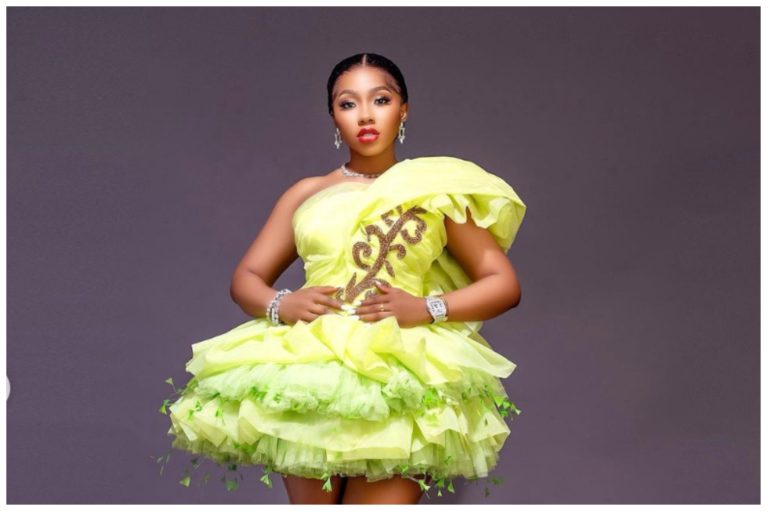 Winner of the Big Brother Naija ‘PepperDem’ Edition, Mercy Eke, has been exposed for lying about her age.

Tracknews reports this is coming barely six months after the reality TV star celebrated her 29th birthday on social media.

Mercy flooded her Instagram page with boss chick photos of herself, rocking a black outfit as she described the birthday as the last chapter of her 20s.

However, Mercy Eke got exposed online after sharing details of her permanent voter’s card on the microblogging platform, Twitter.

Just like many other Nigerian showing their PVCs after collection, Mercy did likewise but decided to cover her date of birth and occupation leaving her voter’s identification number (VIN).

Some netizens berated her for not covering the VIN as it will give people access to get her full details online.

A Twitter follower used the VIN to check the details of the reality TV star and it shows that Mercy is 32 and not 29 as claimed. 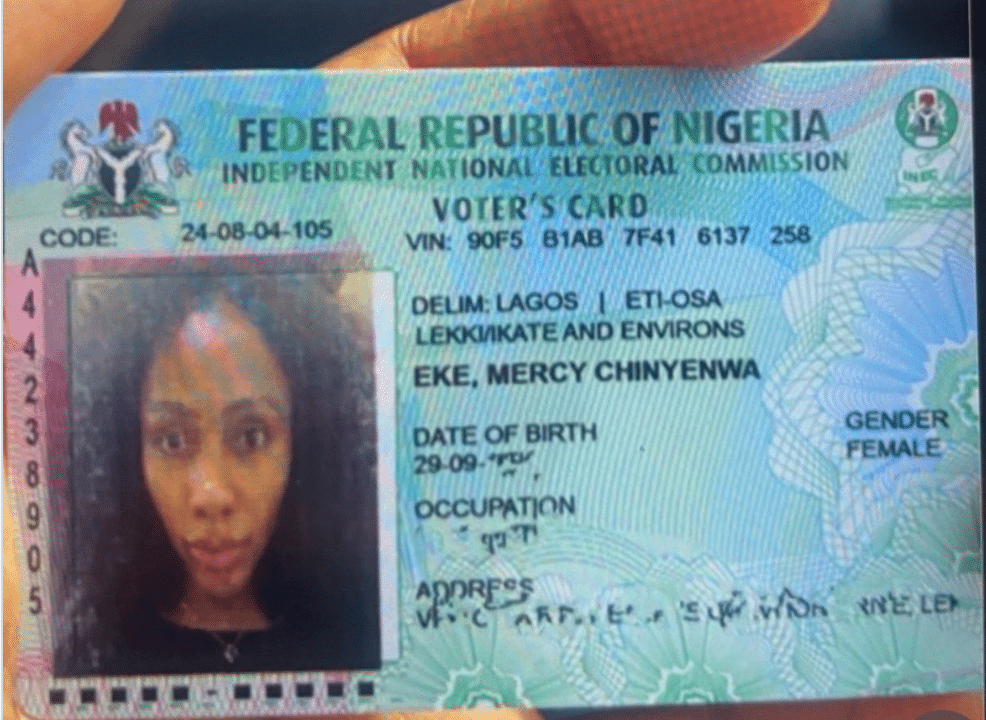 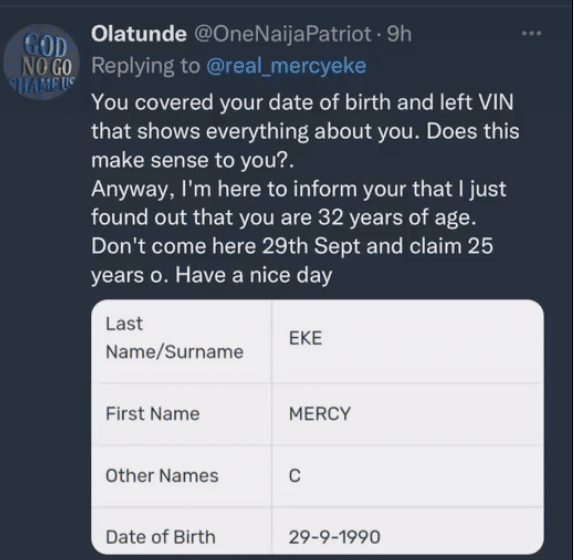 This comes after online mediums (not Naija News) whilst reporting the death of Femi Ogunrombi, who stood in as ‘Papa Ajasco’ at a time in the life of the popular longest-running series by Wale Adenuga Production, used Richard Abiodun, the other Papa Ajasco’s image.

Ogunrombi was famous for his role in the comedy series, a character he took when Abiodun Ayoyinka pulled out of the show.

Richard Ayoyinka played the role for eight years while the deceased took on the part for two years.

Ogunrombi’s death was announced in a Facebook post on Saturday night by journalist and lecturer Dr Shaibu Husseini.

Reacting to the confusion of images, Ayoyinka noted that contrary to the rumor he was very much alive and kicking.

He further thanked his fans and well-wishers who showed concern and raised alarm over the mixture of personalities.