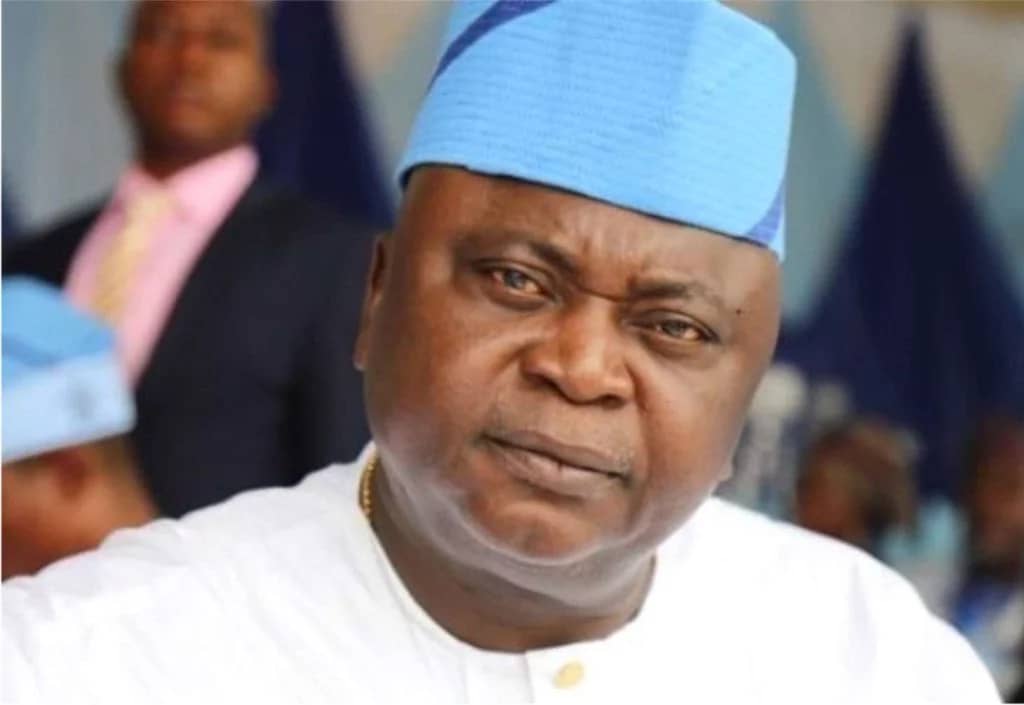 Some men suspected to be members of the All Progressives Congress (APC) were caught on camera as they destroyed campaign posters of the governorship candidate of the Peoples Democratic Party (PDP) in Ogun State, Ladi Adebutu.

In a viral video, the men were seen removing the posters and mini billboards from where they were placed.

The campaign materials were angrily torn and destroyed by the irate youths for yet to be identified reasons.

Iperu is the hometown of both Adebutu and Governor Dapo Abiodun, who is also contesting the 2023 governorship election.

Making many unsavoury comments about the PDP and its candidate, the young men said they would not allow any PDP posters in their street, threatening to attack anybody.

“Anybody should be careful, I will bring guns and shoot anybody. I have no time for madness,” one of the men could be heard talking in Yoruba language in the video.

Meanwhile, the PDP has condemned the act, saying the action, if not curbed, “will undermine the peace and tranquillity in Ogun State and the acts of confrontation and violence will put the peace of the State in danger.”