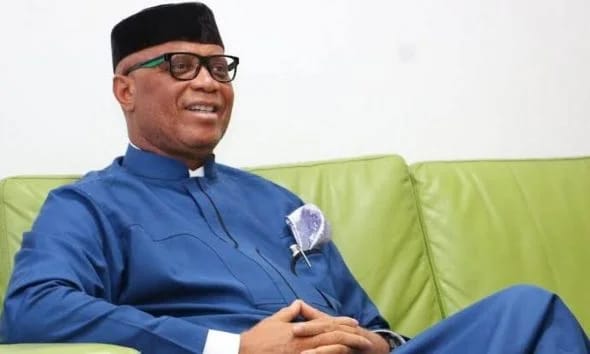 An Appeal Court sitting in Abuja, on Thursday, dismissed the appeal filed by one of the governorship aspirants of the Peoples Democratic Party, PDP, in Akwa Ibom State, Mr Akan Okon.

Okon had instituted the case over alleged certificate forgery and eligibility of the party’s governorship candidate, Pastor Umo Eno.

He prayed the court to disqualify Pastor Eno and declare him (Mr Okon) as the winner of the party’s primary, being the second highest scorer with three votes at the nomination exercise.

The Federal High Court in Uyo, presided over by Justice Agatha Okeke dismissed the case against the PDP candidate for want of merit and awarded N15 million damage against Mr Okon.

The plaintiff, Okon however, headed to the appellate court where he lost again. The three-man panel headed by Justice William Daudu upheld the ruling of the lower court.

The panel maintained that Mr Okon failed to prove beyond reasonable doubt his case challenging the eligibility of Pastor Eno, as well as the allegations of forgery against the PDP candidate.

The panel also reduced the fine of N15million earlier pronounced by the lower court to N5million, saying that both the plaintiff and the defendant were from the same family of the PDP and can still work together.

The court said it was funny that the appellant, who was not a member of the group known as Movement for the Advancement of Democracy in Nigeria, nor a staff of WAEC, yet presented a document purportedly issued to the group by WAEC as evidence in court.