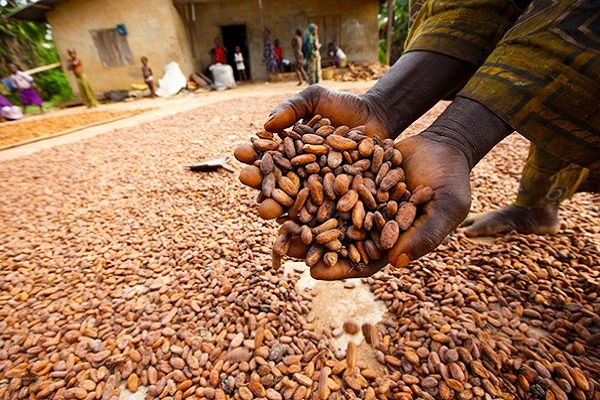 Cocoa has traded at $2,520 per metric tonne since the beginning of this year, according to Trading Economics, a research site. Following heavy rain in places like Ondo State, graded cocoa certified fit for export traded between $2,892 and $3,008 in September. Despite this, farmers took advantage of enough sunlight to dry the beans fairly well.

Dr Victor Iyama, President of the Federation of Agricultural Commodities Association of Nigeria (FACAN), explained that increased cocoa production does not always result in higher prices for local farmers, adding that the major chocolate producers determine how much they get at the end of the day despite the prices published on the various commodities exchanges.

In October of last year, the origin differential for Nigerian beans exported to the United States was reduced by 40%, from $407 to $244 per tonne.

Iyama also mentioned that there have been instances where international markets have been oversupplied, and that cocoa prices have come under pressure due to fluctuations in demand around the world.

In February of last year, ICCO noted that expectations of a production surplus, combined with low levels of demand, would drive down cocoa prices on the London and New York futures markets.

Despite a year-on-year increase in grindings, prices fell due to excess supply, according to Iyama.

There were fears that a lack of fertilizer would result in lower cocoa production in the subregion.

According to ICCO, a lack of fertilizer on cocoa farms will likely reduce cocoa bean crop quantity, quality, and size next year, while weather and disease are reducing cocoa production this year.

In Nigeria, Ivory Coast, and Ghana, which account for more than half of global output, there has been an increasing campaign to improve farmer pay. Lower cocoa prices, according to Iyama, exacerbate poverty. To avoid this, Nigeria, Ivory Coast, and Ghana implemented a $400 per tonne Living Income Differential (LID) to protect farmers from price drops and ensure a higher income for farmers.