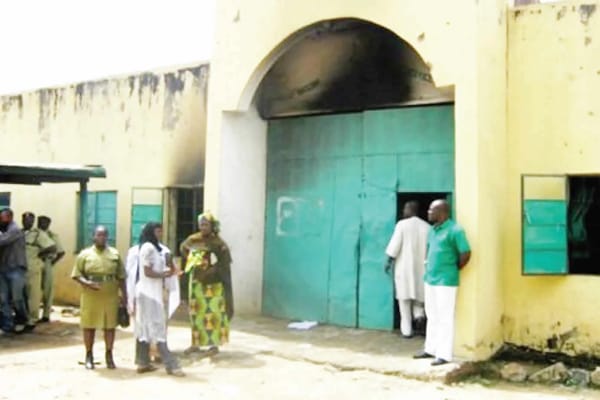 The Federal Government has completed its investigation into the Kuje Medium Custodial Centre jailbreak on July 5, 2022, carried out by Boko Haram insurgents.

On Tuesday, Interior Minister Ogbeni Rauf Aregbesola made the announcement.

He did, however, state that the investigation remained a security document that could not be discussed openly.

He stated that while some of the facility’s escapees have been apprehended, a large number of them remain at large.

The insurgents’ group’s attacks resulted in the escape of over 600 inmates, including members of the terror group.

Aregbesola, who was flanked by the Minister of Information and Culture, Lai Mohammed, and the Permanent Secretary of his Ministry, Dr Shuaib Belgore, briefed journalists at Radio House in Abuja while presenting his Ministry’s scorecard, said the greatest legacy of the Buhari administration was the government’s ability to push Boko Haram insurgents out of all the local governments they occupied in 2015.

“In 2015, Boko Haram members held territories in local governments in Adamawa, Borno, and Yobe States, but they have since been driven out.” Yes, there are challenges here and there, but no nation is without them,” Aregbesola said.

The Minister also assured that delays in the issuance of International Passports are being addressed, admitting that the procedures leading to data capture are to blame for the delay.

“There aren’t enough processing and data capture centers across the country.” This is the most difficult task. For example, we only have three processing centers in Lagos, but I can assure you that by the time this administration leaves office on May 29, next year, Lagos will have 20 processing centers.

“We will open processing centers in Daura, Oyo, Zaria, Alimosho, the Defence Headquarters, the Head of Service Office, and the Ministry of Interior,” Aregbesola promised.

Related Topics:FG completed its investigation into the Kuje prison break
Up Next