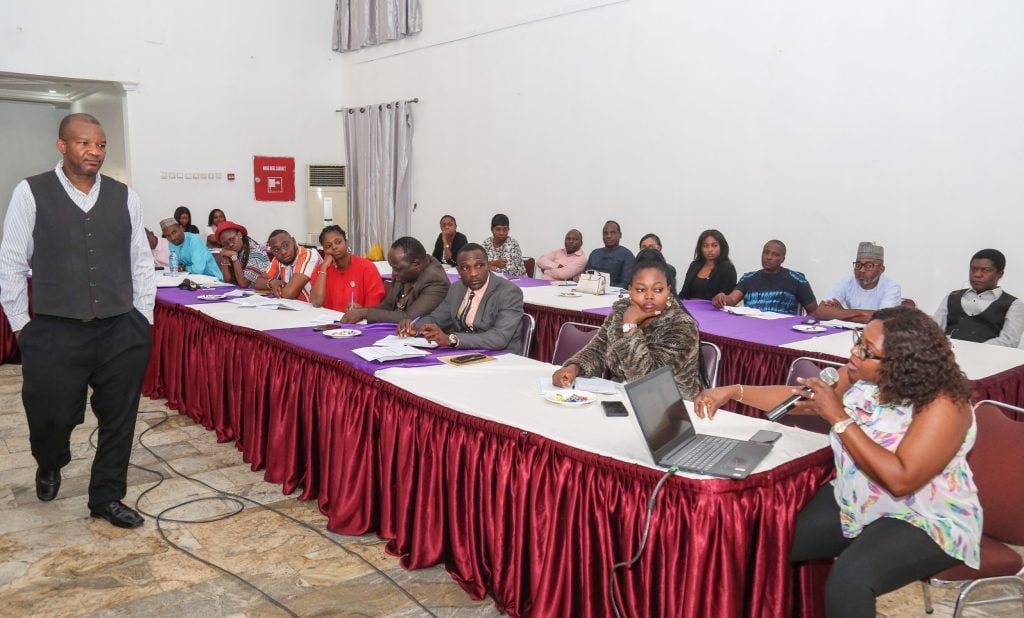 The United States Embassy’s tutoring of Nigerians on how to respect and protect the human rights of LGBTQI+ persons has sparked outrage.

LGBTQI is the acronym for lesbian, gay, bisexual, transgender, queer and intersex.

On Tuesday, the U.S. Mission announced it funded a 4-day “train-the-trainers awareness workshop” for Nigerian law enforcement officers and other relevant agencies.

The information relayed on Twitter did not go well with social media users as they accused America of disrespecting Nigerian laws.

“What is the essence of this training when the laws of the land does not approve LGBTQI,” @Suleaaron replied.

“Your politics of lack of respect towards the African nations and the Chinese politics is very clear to the world. It is like the difference between good and evil”, @IsZhrdn fumed.

“There’s legislation prohibiting it, but the State Department went ahead to fund a campaign on the issue because the US embassy always does not respect the beliefs and laws of their host countries,” @MusaYakubuMust tweeted.

“Why not spend funds on training officers on how to handle voters during general elections 2023. This is Diverse Nigeria with many cultures and traditions. We need to get leadership right first before other ancillary objectives,” said @jcpruzo.

“It is morally and culturally not acceptable here! Here is a very simple suggestion, gather them LGBTQI+ persons, give them free visa and citizenship in the US where they can enjoy the privileges of being LGBTQI+,” Mc_lumia advised.

“US law forbids bigamy and polygamy, African traditions. Nigerian law forbids homosexual but the US is forcing it in our throat. Hopefully, @USinNigeria will not bring democracy and military intervention to protect the LGBTI people”, @EkitiDuke wrote

Related Topics:agencies on gay rightsLGBTQI: Outrage as US trains Nigerians
Up Next