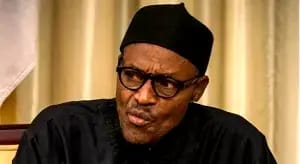 According to the Atiku/Okowa Presidential Campaign Organisation, the absence of President Muhammadu Buhari and the National Chairman of the All Progressives Congress, Sen. Abdullahi Adamu, from the party’s Presidential Rally in Warri, Delta State last Saturday was a clear signal to Asiwaju Ahmed Tinubu that they had abandoned him.

The Atiku-Okowa Campaign’s spokesperson, Kola Ologbondiyan, stated this in Abuja on Wednesday.

He noted that the absence of these two key APC leaders from Asiwaju Tinubu’s first rally following the official Flag-Off in Jos, Plateau State, could be confirmation of public reports that his Party leaders have already abandoned his Presidential Campaign.

He claims that this is largely due to Tinubu’s inability to adequately explain his involvement in a drug trafficking case in which he forfeited $460,000.

“It is clear that President Buhari and Sen. Adamu may be avoiding the damage of being held accountable for parading a candidate who has failed to explain his links to narcotics drug money,” Ologbondiyan said.

“According to all indications, APC leaders and Nigerians are now distancing themselves from the Tinubu/Shettima Campaign due to the taint cast by the narcotics trafficking case and other disgraceful indictments from which the APC Presidential Candidate and his running mate, Sen. Kashim Shettima, have not been able to extricate themselves.”

“Nigerians are already concerned about how President Buhari, who as a military Head of State ordered the execution of drug couriers 38 years ago, would market a Presidential candidate whose account was allegedly forfeited for $460,000 in narcotic drug proceeds.”

The PDP Campaign advised Asiwaju Tinubu to pay attention to the handwriting on the wall, claiming that he is surrounded by paid sycophants, flatterers, and minions who will abandon him before the scheduled election date of February 25, 2023.

Ologbondiyan stated that the APC must understand that individuals involved in narcotics trafficking, forgery, perjury, treasury looting, and other heinous criminal activities cannot be elected to the highly sensitive office of President of the Federal Republic of Nigeria.

The Atiku/Okowa Campaign expressed gratitude to Nigerians for their unwavering support for the Peoples Democratic Party (PDP) Presidential Candidate, Atiku Abubakar, and his running mate, Sen. Ifeanyi Okowa, who have shown integrity, competence, and willpower in leading the charge in the mission to rescue and rebuild our nation from the misrule of the All Progressives Congress.

Related Topics:Absence of Buhari and Adamu from Tinubu's campaign is evidence of abandonment - PDP Campaign
Up Next