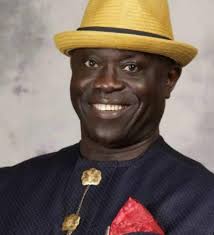 In a statement, Evah stated that Ndiomu’s commitment to regional peace, stability, and progress is undeniable.

“It is not easy to persuade and change the mind of any authority appointed to carry out a specific task under military fashion, such as terminating a program or project,” he said. Only those who have the people’s best interests at heart will go the extra mile, as General Ndiomu has.

“We are proud of Ndiomu’s patriotic effort to bring the Amnesty program to the attention of the world by seeking international aid to strengthen the program.” This has reaffirmed our faith in his ability to improve the lives of our people by any means necessary.

“We urge our people to work with the Amensty Boss to help him realize his vision for our Homeland and the Nigerian nation.”

When the announcement was made, the former Publicity Secretary of the Ijaw National Congress, INC, stated that General Ndiomu’s appointment had received the blessing of the people of Niger-Delta.

Advertisement
Related Topics:Ndiomu's position on the Amnesty program is admirable - EVAH
Up Next