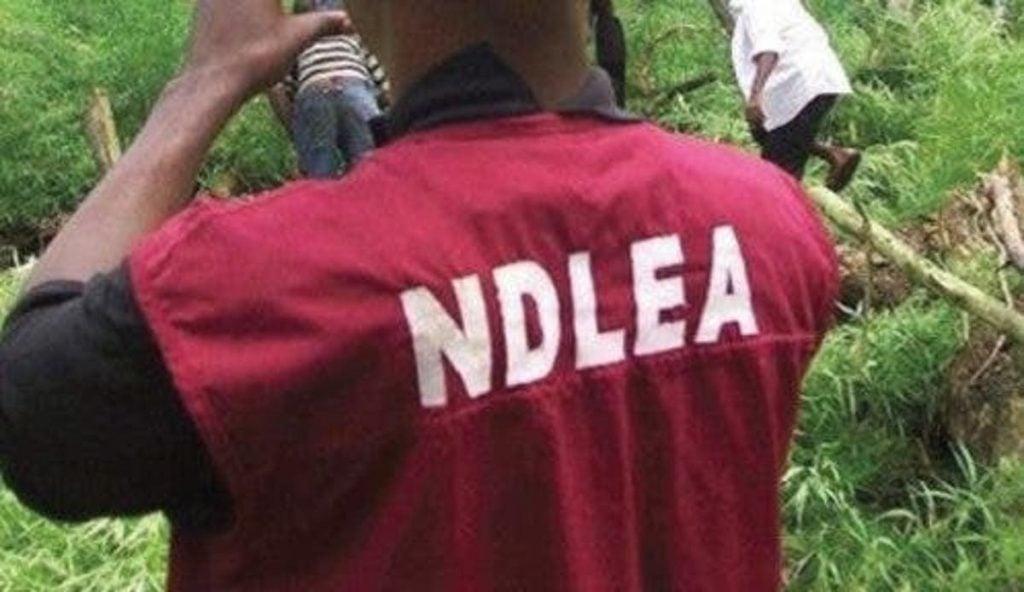 The Ekiti State Command of the National Drug Law Enforcement Agency (NDLEA) has destroyed 5 hectares of cannabis sativa farmland in the state.

The Indian hemp farm, located in a deep forest of Ire Ekiti in Oye Local Government Area of the state was over 20 kilometres away from the heart of the community.

The huge expanse of cannabis farmland, it was gathered, was discovered and destroyed by the NDLEA operatives, following a tip-off by an intelligence source.

Addressing newsmen shortly after the destruction of the farm, the Deputy Commandant of NDLEA in Ekiti State, Mr Mohammed Ibrahim said 8 suspects were arrested and 1,465 kilograms of the illicit substances were recovered during the operation.

Ibrahim, who led NDLEA to the farm said, ” 1,465 kilograms of cannabis sativa popularity known as Indian hemp was recovered while 8 suspects were arrested.

“The exhibits have been evacuated to the state Command headquarters of the NDLEA in Ado Ekiti, the state capital.

“The investigation on the matter is currently ongoing and whoever is found culpable will definitely be prosecuted”, he said.