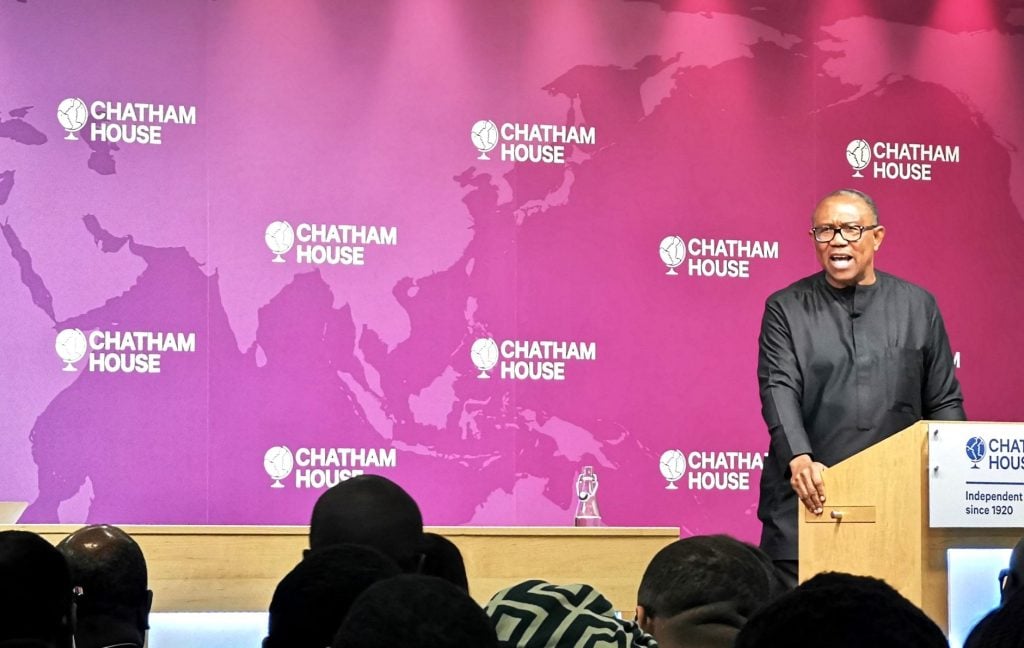 Labour Party (LP) presidential candidate, Peter Obi has stated that Nigeria is under the control of the elite.

Obi made the assertion on Monday in his speech at the Chatham House in London.

The “alarming insecurity” in the most populous black nation has caused loss of many lives and properties, he noted.

He decried “immense trauma” that has compromised “the mental health of communities and caused disaffection with the Nigerian project”.

“The economy is in crisis with a troubling debt profile worsened by oil theft of a proportion hard to imagine.

“The Nigerian state is captive to an elite gang up and a rentier economy that concentrated power in the hands of those who came to influence mainly through their contrivances rather than affirmation of the people,” he said.

The 51-year-old flagbearer stressed that such leaders do not have the incentive to serve the masses.

Obi accused politicians of exploiting ethnic and religious sentiments to ascend to positions of authority.

He said, “The people on whose sentiments they grab power often become the primary victims of such political fall that has rendered Nigeria a failing state with worsening leadership crisis

Advertisement
Related Topics:Nigeria captive to elite gang up – Peter Obi
Up Next