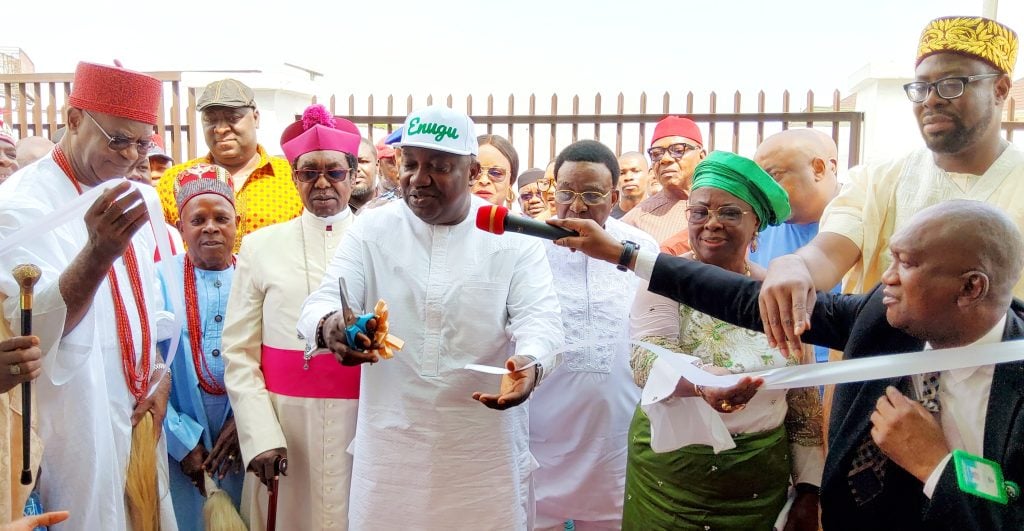 Speaking during the unveiling of the Nnamdi Azikiwe Centre – the former Enugu residence of Dr. Azikiwe known as old Premier Lodge, renovated, furnished and decorated with personal effects and other monuments of the great Zik of Africa by Governor Ugwuanyi’s administration – the leaders commended the governor for all the outstanding things he has done to immortalise the foremost nationalist.

They described Governor Ugwuanyi as a true leader who has shown enormous commitment and passion for the preservation of what the great Zik of Africa represents to Ndigbo, Nigerians, Africans and the world, adding that the idea to immortalise the Nigerian statesman and tell his inspiring story for reference purposes, tourism and posterity are commendable.

In his speech, the Obi of Onitsha, Igwe Achebe, applauded Governor Ugwuanyi for “his zeal and steadfastness in ensuring that the legacy of Nnamdi Azikiwe is not swept under the carpet, adding that posterity will always remember the governor for the gesture.

The Royal Father further expressed gratitude to the governor “for all the things you have been doing to uphold the legacy of Nnamdi Azikiwe, and support the family he left behind.”

He said that Governor Ugwuanyi’s commitment towards upholding Zik’s legacy is uncommon “particularly in Nigeria where we easily forget our leaders, forgetting their efforts, their sufferings and what they denied themselves.”