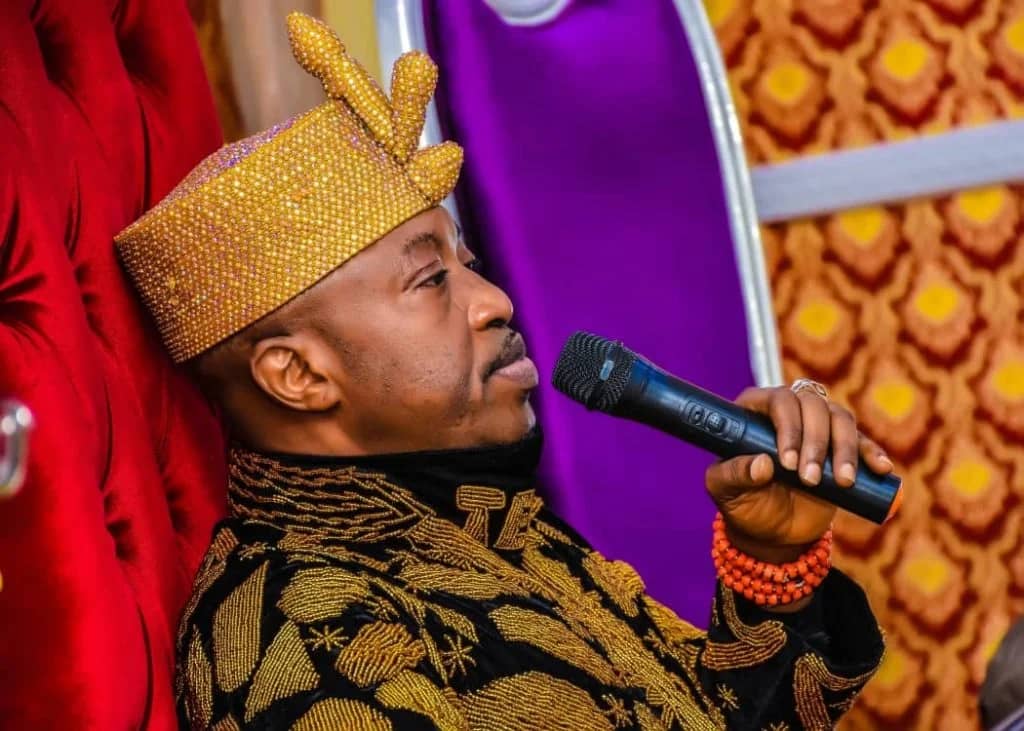 The Oluwo of Iwo, Oba Abdulrosheed Adewale Akanbi has described the burning of the Akinrun and Aree palaces in Osun as an abomination and a taboo.Oba Akanbi, while expressing disappointment on the silence of Yoruba monarchs on the dastardly ac,t also threatened to go after any individual who is involved in such actsIn a statement by Alli Ibraheem, his spokesperson on Sunday, the Iwo monarch condemned the attack, adding that it was an attack on all the Yoruba monarchs.While describing the attack as a demonstration of shame and shallow reasoning perpetrated by uncultured individuals taking laws into their hands, he called on the Nigeria Police to arrest perpetrators of the arson so as to face the wrath of the law.He added that such arrests would serve as a deterrent and help to preserve the traditional institution since the palace is the house of God on earth.While lamenting the development, Oba Akanbi declared that the arson on the palace was a shame as those who want to vent their anger should approach the court to seek redress.“There have been palaces before the Church and Mosque in the time of David and Solomon. When did you see either Christian or Muslim burning the Church or Mosque while fighting over pastorship or Imam position? Pure, unadulterated palaces are the Houses of God on earth.

Related Topics:Oluwo of Iwo describes the burning of the Akinrun and Aree palaces in Osun as an abomination and a taboo
Up Next

‘Why Court Might Rule That the Naira Redesign Is Illegal’