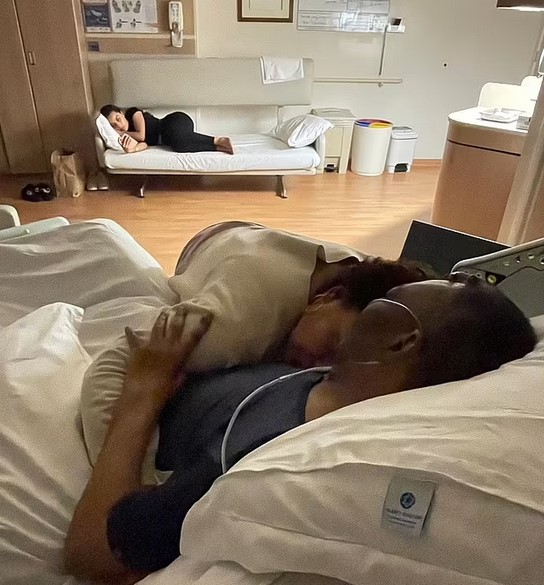 Family members spent Christmas with Pele at the Sao Paulo hospital, where the legendary footballer is battling worsening cancer, kidney and heart problems, according to his children’s social media posts.

Fans of the player, widely regarded as the greatest of all time, have expressed hope for his recovery since his hospitalization in November.

“One more night with him,” Pele’s daughter Kely Nascimento captioned an Instagram photo of siblings and other relatives gathered on Sunday at Albert Einstein Hospital.

Pele was not depicted in the image.

The message appeared to be counting down the hours she had left with her father, similar to the one she posted on Friday.

Pele’s children Flavia, Celeste, Edinho, and Joshua were present, as was Gemima McMahon, one of his wives’ daughter.

According to the hospital, Pele’s colon cancer had “progressed,” and he needed “more extensive care to treat kidney and heart failure.”

His daughters had already informed him that he would not be home for Christmas.

“Father… my strength is yours,” he captioned an Instagram photo of himself holding Pele’s hand.

Edinho arrived a day after explaining to the local press his absence from his father’s side.

“I’d like to be present, but I’m focused on my mission here.”

“I’m not a doctor, so I couldn’t really help much,” he said in a Friday interview with Estadao.

Kely posted a photo of herself in the hospital hugging her 82-year-old father the same day.

Pele, born Edson Arantes do Nascimento, has received several messages of support since his hospitalization, including one from French star Kylian Mbappe, who urged followers to “pray for the King.”

Pele, then 17, dominated the 1958 World Cup, scoring a hat trick in the semifinals and two more goals in the final, launching his own career and the Brazilian national team’s dynasty.

The man dubbed “The King” has been in declining health in recent years, and his public appearances have become increasingly rare.

Pele was admitted to the hospital on November 29 for a re-evaluation of his chemotherapy, which he has been receiving since September 2021, when he underwent colon tumor removal surgery.

He was also treated for a respiratory infection.

Advertisement
Related Topics:Pele's family gathers at his hospital bedside for Christmas
Up Next