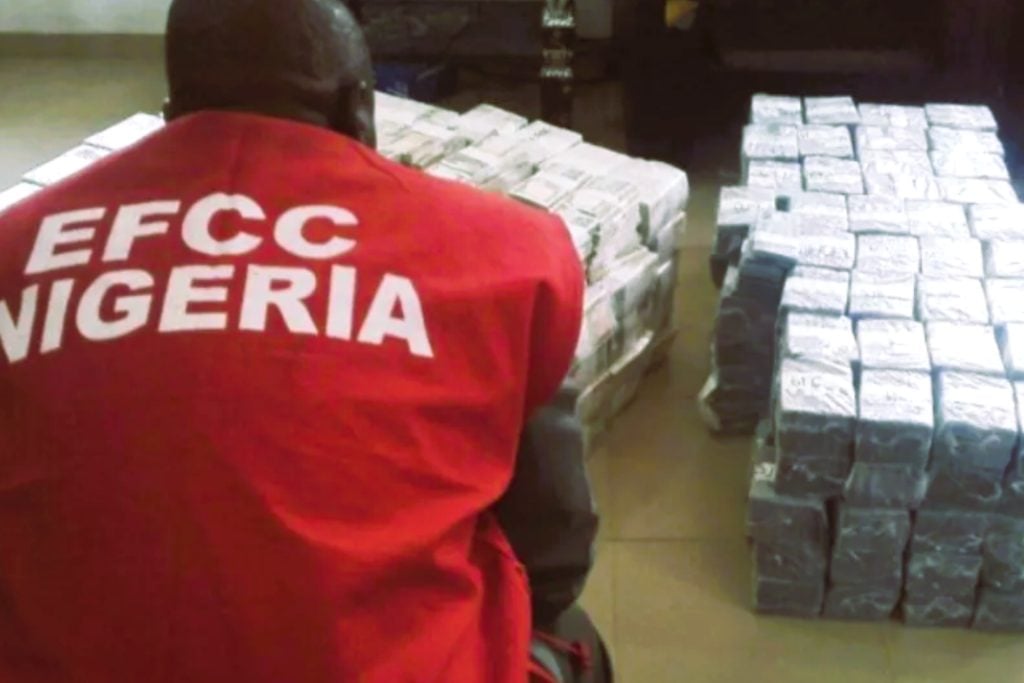 The Economic and Financial Crimes Commission (EFCC) has announced the confiscation of large amounts of foreign currency from Nigerians at airports.

According to Chukkol, some Bureau De Change (BDC) operators were recently arrested in Lagos and Abuja for money laundering.

The official promised that the commission would keep working to clean up the foreign exchange sub-sector.

Chukkol stated that the raid on currency speculators in the parallel market was not random, but rather the result of intelligence.

The director emphasized that forex manipulation was a serious economic crime against the Nigerian government.

The EFCC stated that it has been deploying agents to airports for over a decade to prevent large amounts of cash from leaving the country.

“Many cash smugglers have been apprehended, and huge sums of foreign currency have been recovered.”

“We know these huge sums were not intended to be used to purchase goods, but rather to launder stolen funds.”

Chukkol confirmed that the EFCC had obtained forfeiture of the funds to the federal government and had prosecuted the perpetrators.

Advertisement
Related Topics:$6m at Nigerian airports – EFCCSmugglers caught with $2m
Up Next