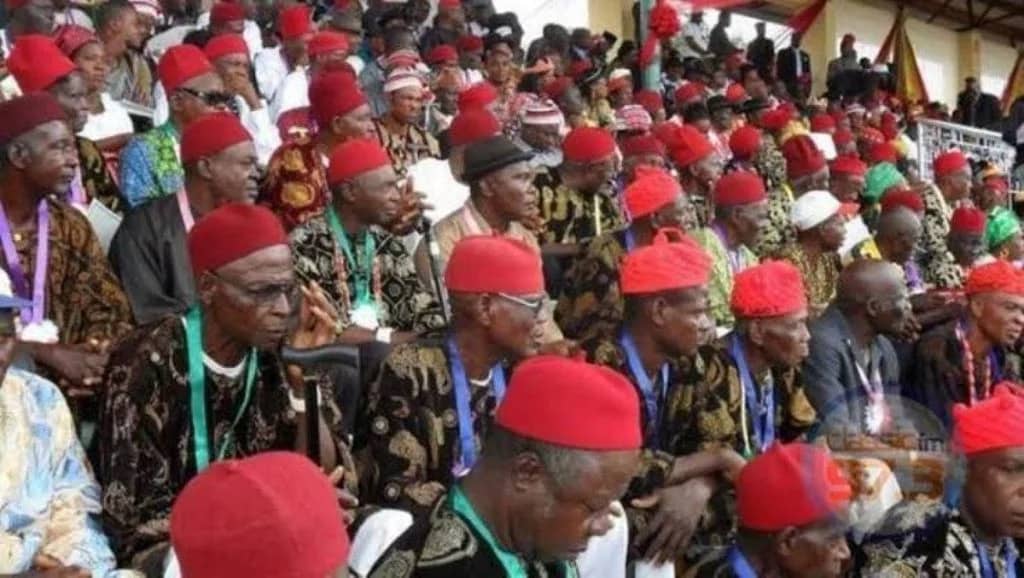 The Association of Igbo Town Unions, ASETU, on Sunday, disclosed that it was yet to make a statement on the candidate it would support during the 2023 presidential election.

This was contained in a communique issued after the group’s meeting in Enugu, signed by the National President, Chief Emeka Diwe.

ASETU said it was deliberately delaying making a categorical statement on its preferred presidential candidate, “to allow Nigerians all over the world to make informed choices devoid of tribal or any other cheap considerations.”

While expressing satisfaction at the level of political consciousness Nigerians are showing towards the 2023 Presidential election, the association called on the electorate not to approach the forthcoming presidential election with tribal sentiments nor primordial interest, “but to evaluate the presidential candidates and indeed all other candidates, from the point of antecedence, performance, integrity, justice, equity, track-record and deliverable ability.”

“The umbrella body of all Igbo in Nigeria and diaspora, is of the view that if the system is well-managed by INEC, it will go a long way in reducing rigging, over voting, ballot box stuffing and carting away, including checking other electoral fraud.

“Also, Igbo Town Unions observed with appreciation the unusual patriotic zeal of Nigeria youths with which they pursue the collective goal of taking back Nigeria from those who have held it captive for many years.”

The Association urged the Federal Government of Nigeria “to prove its claim of abiding by the rule of law by toeing the path of honour, release Mazi Nnamdi Kanu immediately and unconditionally as ordered” by the Appeal Court of Nigeria, whose judgements are binding on all persons, institutions and structures in Nigeria.”

Advertisement
Related Topics:2023: Why we are yet to name choice candidate – Igbo Town Unions
Up Next

Why not support Peter Obi instead of Atiku? Tinubu’s ally fires Dogara