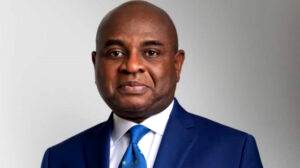 According to the Institute for Governance and Economic Transformation (IGET), an independent, nonpartisan think tank, pervasive poverty is a threat to Nigeria’s future and the country’s next administration’s most pressing challenge after the 2023 elections, alongside security.

The report, titled “Nigeria’s Poverty Trap – And How to End It,” explains the causes and nature of poverty in general, as well as Nigeria’s poverty crisis in particular, and makes 27 policy proposals to lift 100 million Nigerians out of poverty within the next ten years.

“A country like ours, where half of our 216 million people live in miserable poverty, barely scraping by, and 90% of the population is generally poor, is a country that is failing to achieve the reason it exists,” said Professor Kingsley Moghalu, Founder and President of IGET and a former Deputy Governor of the Central Bank of Nigeria. “If China and Rising Asia can lift over a billion people out of poverty and create national wealth over a 40-year period, Nigeria has no excuse to be in this situation 62 years after independence.” We can do better, and we attempt to demonstrate that in our report.”

The IGET policy paper, co-authored by Prof. Moghalu and Dr. Damian Ude, an economist and Research Fellow at IGET, asserts that the absence of nationhood and good governance, uncontrolled population growth, gender discrimination against women, shocks from over-reliance on crude oil for foreign exchange revenues, and a lack of serious investment in human capital development, particularly education and healthcare, are the most important structural causes of poverty in Nigeria.

The formation of a political consensus among Nigeria’s political and other elites, across partisan and sectarian divides, to lift 100 million Nigerians out of poverty should be the concentrated focus of politics and governance at all levels in the country, according to IGET.

“This consensus, and the bargain that leads to it, is important because politicians and policymakers are frequently influenced more by economic GDP growth numbers, without fully appreciating (as we have seen in Nigeria) that an economy can grow while many people become poorer,” the IGET report stated in its recommendations. “Whoever is elected President of Nigeria in the February 2023 presidential election must begin the process of building this elite consensus,” the think tank wrote.

The IGET policy paper also advocates for the establishment of a strong social security system backed by national law, as opposed to social protection initiatives that may be abandoned by future administrations. The institute advocates for the establishment of a permanent social security system for elderly Nigerians aged 65 and up who do not receive a pension.

This age group comprises 5 million Nigerians. According to the paper, the Federal Government of Nigeria can afford to spend N5-7 trillion annually on an effective social protection system that will drastically reduce poverty if appropriate fiscal reforms that generate new savings and revenues are implemented, as well as a massive reduction in the cost of governance.

Looking ahead, IGET recalled that experts estimate that by 2030, Nigeria and the Democratic Republic of the Congo will be home to one-third of the world’s poorest people. According to the think tank, a rapid increase in the youth population without the necessary skills, jobs, and other opportunities is a recipe for social and security implosion.

The mission of IGET is to assist African countries in improving knowledge, policy design, and implementation in the areas of sustainable development and inclusive growth, business and finance, and improving the efficiency and effectiveness of governance. The institute conducts research and policy analysis, advocacy, training and executive education, and forums for discussion. Khalifa Muhammadu Sanusi II chairs the think tank’s global Advisory Board.