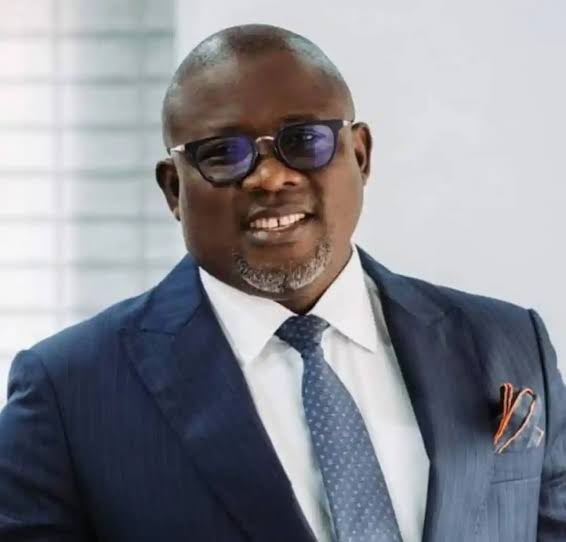 Politics is not politics without bickering. Disagreement must come but the ability to eventually agree and forge ahead as likeminds makes for a formidable political party. The People’s Democratic Party has the structure, in fact the only political party with the organic structure to continue to hold sway as far as politics of majority is concerned in Nigeria. There is urgent need for all aggrieved Stakeholders to immediately sheath their swords and reconcile their differences for the journey ahead. 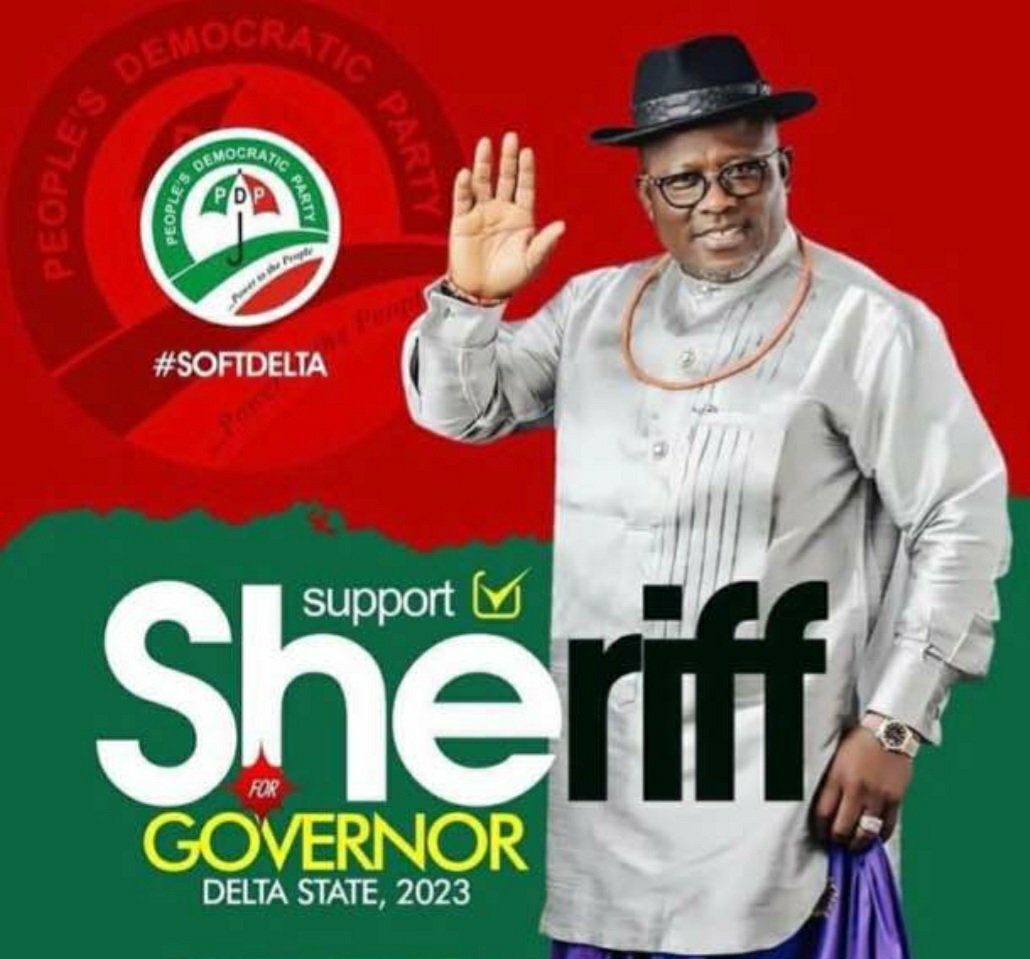 In Delta State for example, we must not toy with the strongly rooted confidence of the people in the PDP. Why must the leaders continue to fight to the extent of eroding the decades of confidence reposed in the party by the people of Delta State?

And I make bold to commend the efforts of leaders like Chief James Ibori who governed the State for 8 years with achievements that can never be forgotten. He remains a leader and he must appreciate that every PDP Faithful in the State is loyal to him. He built PDP in Delta, he should not destroy what he built no matter the level of provocation.

Dr. Emmanuel Eweta Uduaghan sustained the legacies of Govermor Ibori and brought to bear good governance that cannot be erased in a hurry. The Delta Beyond Oil agenda of his administration was a masterpiece whose effects still reflect in the State’s economy.

The incumbent and cerebral politician, Senator Dr. Ifeanyi Arthur Okowa brought his own impeccable SMART agenda to further raise the bar in governance for which so much has been accomplished, thereby putting Delta State in a pedestal of reckoning. 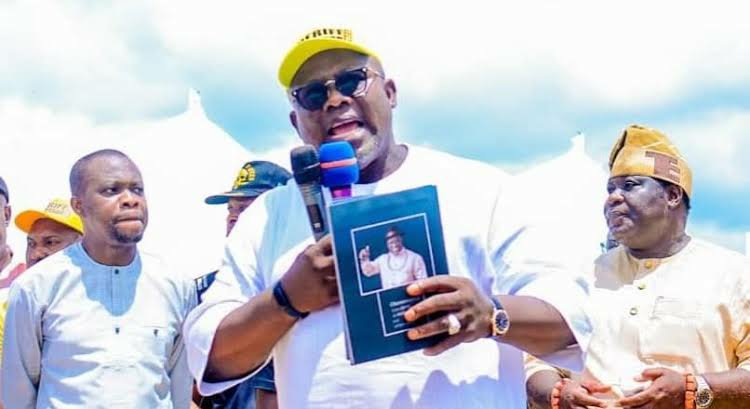 Now, Rt. Hon. Sheriff Oborevwori is the incumbent Speaker of Delta State House of Assembly and longest serving, he has been able to keep the Assembly of lawmakers together for years without rancour or public washing of dirty linens. His choice to succeed Okowa was overwhelming, not only that, his selection passed through several ethnic screenings and approvals to emerge the preferred choice of the Urhobo extraction to become the next Governor of Delta State.

Those not withstanding, Sheriff still went into primary election with other contestants and he won with landslide victory. The jubilation that greeted his emergence as Delta State PDP Governorship Candidate defined the overwhelming acceptance of his victory.

Nonetheless, issues must still come so far it is politics. He went to court to defend himself upto Supreme Court and the court did certify him eligible to stand as the PDP candidate to contest the forthcoming Governorship election in 2023.

No Deltan will ever prefer an opposition political party to rule the state or allow those who betrayed Ibori by releasing classified documents that trapped him on money laundering offences in the UK. Such desperate and vicious politicians who sent Ibori to prison in UK can never be allowed to have their way in deciding the fate of Deltans, no matter the highest of conspiracies they are putting up as disgruntled insider elements. In fact, Deltans should chase them away.

The worst of disservice to a political party one has benefitted immensely from, is to remain in that party while working against the interest and aspiration of it. Is it not better such individual resigns his membership to be able to propagate his heinous agenda elsewhere? It is no longer a hidden agenda that these elements met with the Rivers State Governor to support them to work against Atiku/Okowa Ticket and then Sheriff Oborevwori. They should have a rethink and work for the party as leaders and stakeholders, because the party is bigger than every individual. We are watching and we will not allow any insider traitor have his way to destroy PDP.

In Delta, we are all SHERIFFIED and VERIFIED. Sheriff Oborevwori will do M.O.R.E for Deltans, he promised so and we believe him. It is only God that appoints leaders and anoints them Kings. The primary election had come and gone, the legal battles had come and gone; what matters now is how to move on together as a lovely family. PDP is a lovely family and we must all work in harmony to retain the State for the PDP, through the guidance of our cerebral and respected leaders.

When God sent Samuel to anoint David, the young David was in the forest hunting. At that time, Samuel saw other children of Jesse because the instruction was to look for a certain son of Jesse to anoint king. He didn’t anoint David’s brothers, instead, he sent for him and waited for his return from the forest to anoint him. God has chosen and anointed Sheriff Oborevwori as the next Governor for Delta State. It’s God Himself who makes Kings not man, and when a king is made, no battle against him can sustain.

Sheriff is our best candidate for Governor of Delta State in 2023, because he understands the yearnings and aspirations of Deltans. He has been selected by God to lead Delta at this critical time and no man born of a woman can stop him. King Saul tried to harm David when he realised that God had abandoned him and in his stead, appointed David the next king of Israel. He was provoked and all that he tried to do to David bounced back against him. This is the same thing that will happen to enemies of Sheriff Oborevwori; all his traducers must meet their waterloo if they don’t change and turn back to support him.

Deltans need a local man like Sheriff who is able to easily connect with the people through his actions and deeds. For example, one who can eat ‘starch and banga soup’ with the people, and not someone residing in Abuja, eating Chinese rice and drinking champagne without bothering about the pains and plights of the people at the grassroots. We are tired of those speaking big grammar that cannot help average Deltans alleviate poverty from their lives.

Let me warmly commend everybody that made it to the PDP Delta State Campaign Council list, they are all heroes, including our past leaders – Chief James Ibori, Dr. Emmanuel Uduaghan and others who are our highly celebrated veterans. The PDP is one big lovely family, we must all work in harmony to retain the State for the Party, through the guidance of our cerebral and respected leaders.

Where anybody’s name is in the list doesn’t matter; what matters is the purpose for which the names were compiled, which is to work to retain a PDP Government in Delta State.

For example, Mr. Karo Ilolo a.k.a ‘Mr. Lick Oil’ left the PDP because he doesn’t want to remain in the party to fight. We know him and we know his capacity; we know that he does not have electoral value. We wish him well, though he still has opportunity to return to PDP because this is where he belongs.

Sheriff represents ordinary Deltans, he is a grassroots politician of repute. He is a man of peace and compassion. He can fight for his people and make life beautiful for them. On Sheriff Oborevwori We Stand! We are only looking forward to his inauguration on 29th May, 2023.

Advertisement
Related Topics:Open Letter To The People’s Democratic Party by Comrade Prince Kpokpogri
Up Next

Presidency: Wike, others agitation will be resolved soon – Atiku’s camp