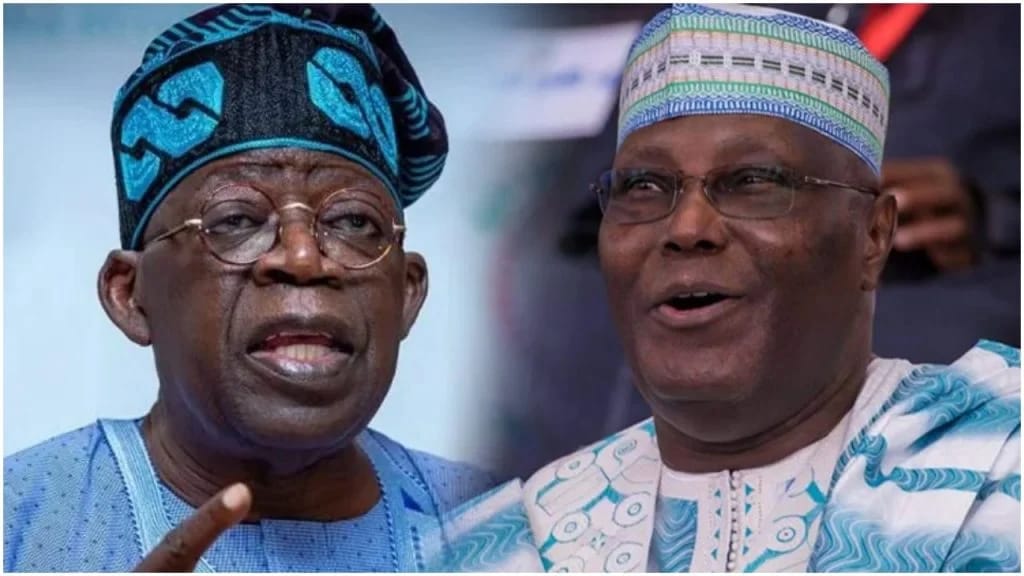 Asiwaju Bola Tinubu of the All Progressives Congress, APC, and Atiku Abubakar of the Peoples Democratic Party, PDP, met in Abuja on Monday at the private wing of the Nnamdi Azikiwe International Airport.

While Tinubu was on his way to Jos, Plateau State, to kick off the APC campaign, Atiku was returning from his own.

The APC National Chairman, Abdullahi Adamu, and other top dignitaries from both parties were also present.