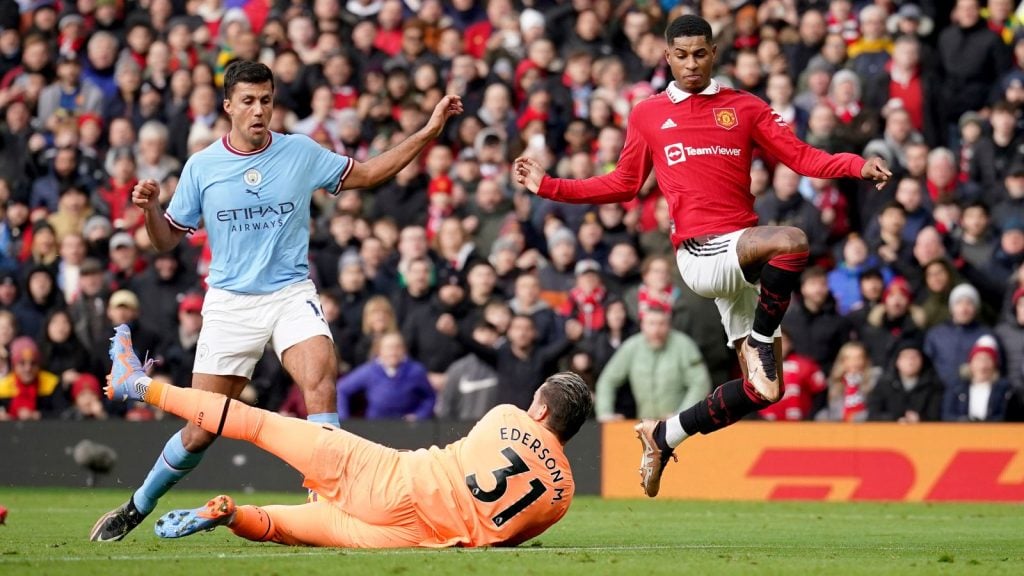 Former England striker, Michael Owen, has said officials should have chalked off Bruno Fernandes’ goal against Manchester City on Saturday.

Fernandes stroked the ball past Ederson after Rashford, who was in an offside position made a run towards the ball before slowing down.

At that point of the game, City were leading 1-0 thanks to Jack Grealish’s header.

Speaking on Premier League Productions about the goal, Owen said: “I think he does make a movement towards the ball.

“I think if you take Rashford out of the equation, possibly Ederson and the two players that are chasing him down all get there before Bruno

Advertisement
Related Topics:EPL: Fernandes’ goal should have been cancelledRashford was offside – Michael Owen
Up Next