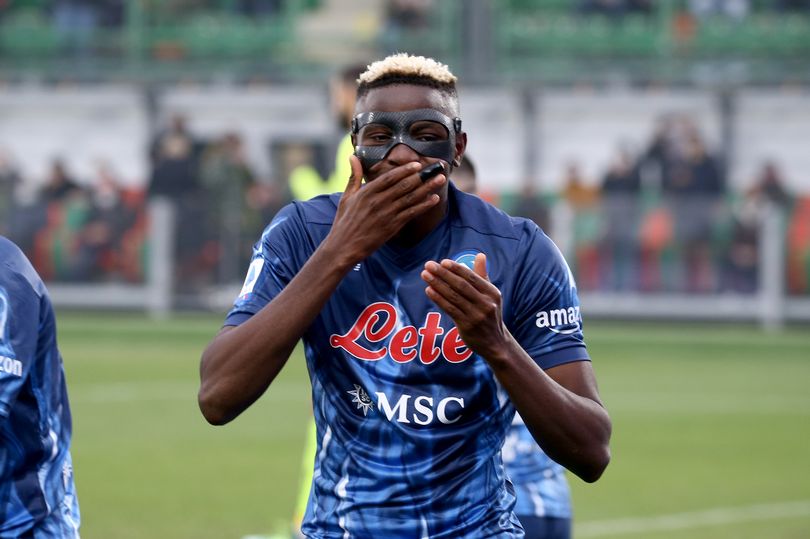 Manchester United are keen to sign Super Eagles and Napoli forward Victor Osimhen, but the Seria A club has set a high asking price. Between the Old Trafford landlords and the Nigerian international tipped to be a perfect replacement for Ronaldo is a price believed to be in the region of €100m (£86m).

Ronaldo’s departure has left Manchester United short of options at center-forward, and the club is thought to be considering bringing in a new attacker in January, with head coach Erik ten Hag concerned about his options heading into the second half of the season.

Memphis Depay of Barcelona and Cody Gakpo of PSV Eindhoven remain linked with the Red Devils, while Osimhen is also thought to be a long-term target for the club.

Since joining Napoli from Lille in September 2020, the 23-year-old has scored 38 goals and registered 12 assists in 76 appearances.

Meanwhile, Osimhen has been in excellent form for the Italian giants this season, scoring 10 goals and registering three assists in 14 appearances across all competitions.

The Nigeria international is thought to be a top target for the 20-time English champions, who are expected to spend heavily on a new center-forward in 2023.

However, according to Sky Deutschland, Manchester United have stated that they are unwilling to meet Napoli’s €100 million (£86 million) asking price.

“Napoli have stated that they will not sell Osimhen or any other player in January.” The asking price was €120 million (£103.1 million) in the summer, and nothing happened; now they’re doing well in Serie A and the Champions League, so there are no plans to sell him in January,” Romano wrote in his column for Caught Offside.

As a result, Manchester United would have to wait until next summer to bring in the forward, who is under contract in Naples until June 2025.

Gli Azzurri have reached the last-16 stage of the Champions League, where they will face German side Eintracht Frankfurt in the first knockout round.

Advertisement
Related Topics:Man United are still far from meeting the asking price for Osimhen.
Up Next

Foden must start for England against Wales in the FIFA World Cup Qatar 2022.