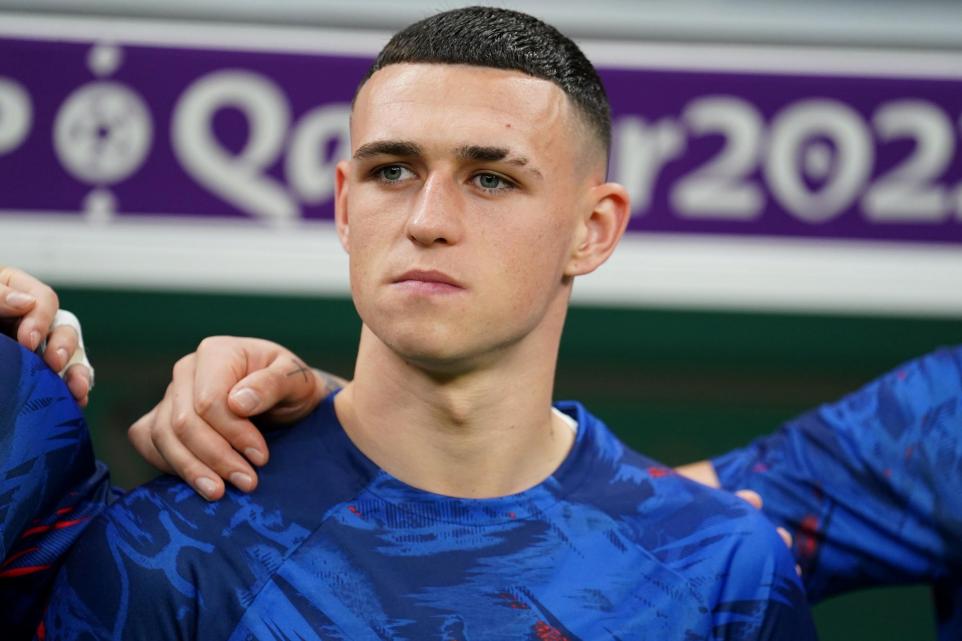 England should start both Jack Grealish and Phil Foden against Wales in Group B if they are to advance to the last 16 of the FIFA World Cup Qatar 2022.

The Three Lions were fortunate to come away with a point from the scoreless draw. They appeared to be leggy, slow, and devoid of creativity. They took few chances and risked little. The starting lineup for the Group B match at the Ahmad bin Ali Stadium will need to be drastically altered.

First and foremost, Phil Foden must get the game started. He is by far our most talented player. Because of his ability to float between the lines, he would have made the difference against the USA. Nonetheless, Southgate steadfastly refused to play him from the bench. I couldn’t figure it out and believe the coach cost us two points.

Our most technically gifted player is the Manchester City midfielder. Pep Guardiola uses him frequently. If arguably the greatest coach in the world recognizes the importance of Foden, why can’t England’s manager? Southgate kept him on the bench, and England had to settle for a draw. Top coaches understand when to make game-winning substitutions. Everyone could see that the game needed the 22-year-old to break down the USA defense. Instead, he brought on Jordan Henderson to help stabilize the midfield. Although Jack Grealish and Marcus Rashford made late appearances, the coach could have changed the game if he had given Foden 20 minutes.

Guardiola employs him as a wide attacker, but he has stated that he is capable of playing in all five positions up front, including as a winger on both sides, a striker in the middle, and in the pockets like an attacking midfielder. Perhaps Southgate missed the world’s top manager’s assessment. Or perhaps he chose to ignore it. In any case, the situation now necessitates Foden starting the game in a 4 3 3 formation so that we can take the game to Wales. He presses hard and has a powerful engine. I’d put him up front alongside Harry Kane and Bukayo Saka. Against the US, sterling was ineffective. He is a senior player, but he appears to be out of shape and should sit this one out.
Excellent collaboration

Mason Mount, Jack Grealish, and Declan Rice would line up behind them in midfield. The back four has been excellent and will be selected again, which means Luke Shaw and Kieran Trippier will be left and right backs. At center back, Harry Maguire and Jone Stones have formed an excellent partnership, and I would leave them alone while Jordan Pickford returns to the starting lineup.

Advertisement
Related Topics:Foden must start for England against Wales in the FIFA World Cup Qatar 2022.
Up Next

Gareth Bale is not ready to retire just yet

Man United are still far from meeting the asking price for Osimhen.