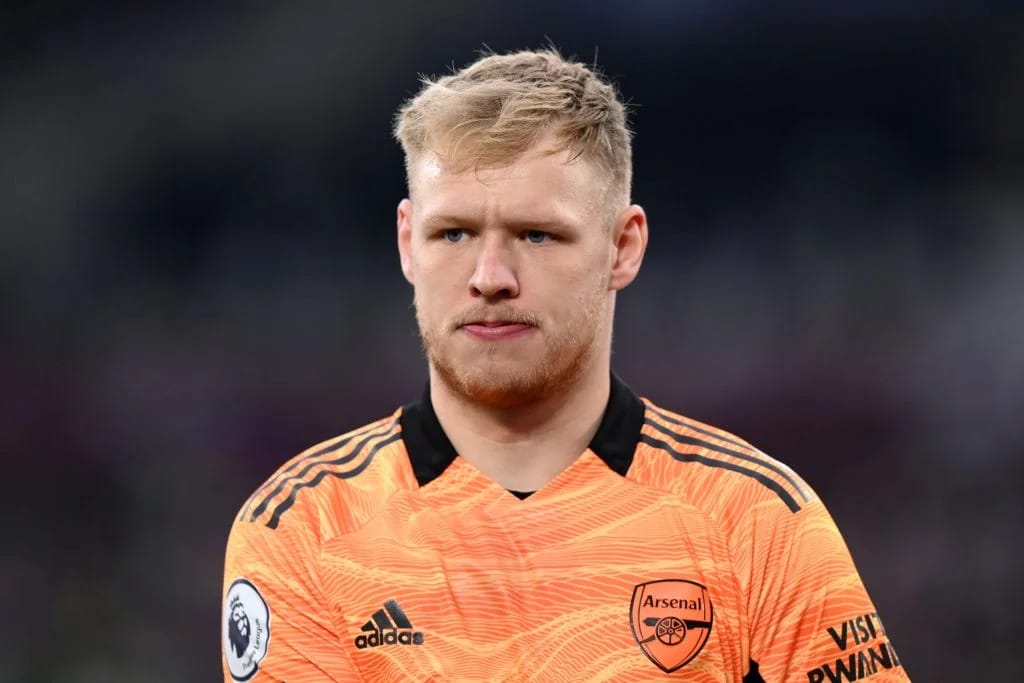 Recall that Ramsdale was celebrating after the full-time whistle as Hugo Lloris’ own-goal, and Martin Odegaard’s goal ensured Mike Artete’s side defeated the host.

The 24-year-old was involved in a heated exchange with Richarlison before a Tottenham supporter decided to attack him.
Ramsdale was off the pitch at this point as he went to collect his water bottle before the supporter climbed onto the advertising hoardings and kicked him in the back.

However, Ramsdale, who produced a Player of the Match performance for Arsenal against Tottenham, said he was receiving some comments from Tottenham fans behind him, giving them some jokes back after the game, kissing the badge.

Speaking to Sky Sports after the match, Ramsdale said: “The Spurs fans were giving me some throughout the second half. I gave them some back to which the few people that I did to it was probably well greeted, sportsmanship-like, and then a fan jumped over and gave me a little punch [kick] in the back, so that’s what happened.

“It’s a shame because it’s just a game of football at the end of the day. Both sets of players tried to bring me away, thankfully, nothing actually happened too drastically, but it’s a sour taste – I’m sure we’ll enjoy it when we go back in the dressing room.