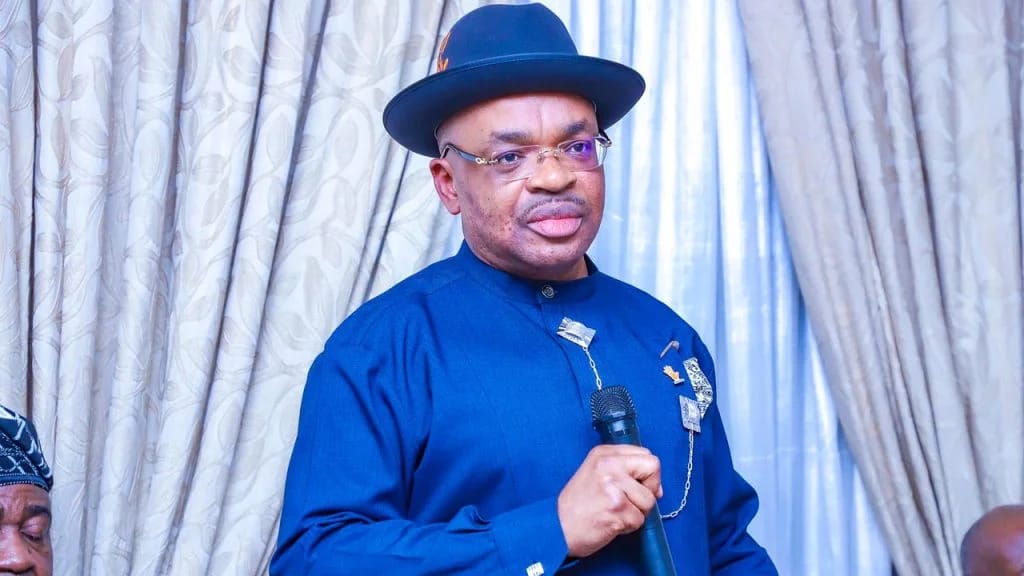 Governor Udom Emmanuel of Akwa Ibom State has urged politicians not to threaten the unity of Nigeria in their quest to capture power.

Emmanuel who spoke during the Armed Forces Remembrance Day celebration in Uyo on Sunday said the nation’s fallen heroes paid the price for peace and harmony in the country, therefore the political class should reciprocate the gesture with unity, justice, equality, fairness and love.

He said: “As we get ready to elect our new set of leaders, I urge our political class to understand that we need the country to be one indissoluble entity, in order for our aspirations for leadership to be actualized.

“We must not threaten the unity of this nation for the narrow desire to be in power. If these gallant men and women paid the ultimate price for us to remain in peace and harmony, we must also pay them a corresponding price of appreciation and gratitude by ensuring that the cords of our unity, justice, equality, fairness and love remain our abiding articles of faith.”

The governor explained that the nation’s diversity is being exploited for narrow political advantage, and encouraged Nigerians to extend the frontiers of love and brotherhood so the sacrifices of the gallant fallen officers will not be in vain.

He said: “As we honour these great patriots, let us be reminded that the factors that led to the various wars they participated in, or the internal operations to secure our peace for which they paid with their lives are still with us.

“All across the nation, some rhetoric that enlarge the chasm of separation and weaken the cords of our national unity are still being propagated and amplified through various echo- chambers.

“We should fan the embers of our unity deeper and extend the frontiers of love and brotherhood further, so the sacrifices of these gallant officers and men of the Nigerian Armed Forces we have come here today to honour, will not be in vain.”

Governor Emmanuel also commended security agencies in the state for the peace and security enjoyed in Akwa Ibom, noting that he has carried out some projects in appreciation.