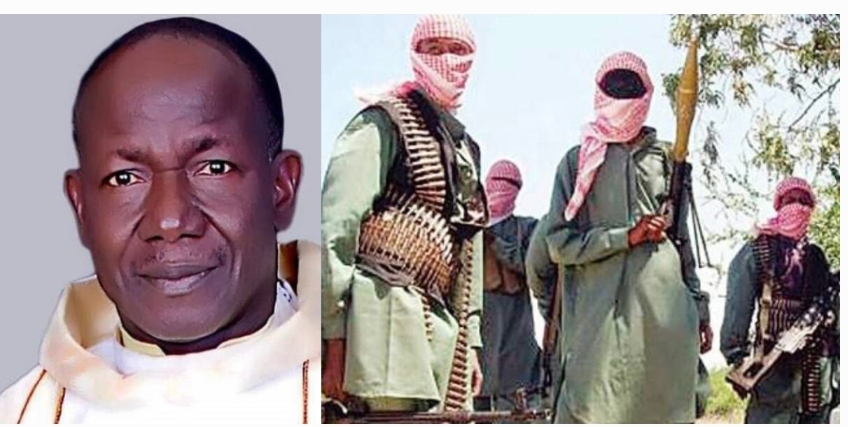 Another victim, identified as Father Collins sustained gunshot wounds in his shoulder while attempting to escape from the burning building.

A Catholic priest, Reverend Father Isaac Achi, was on Sunday gruesomely murdered by suspected bandits who set his abode alight after failing to gain entry.

Confirming the attack to Peoples Gazette, police spokesman in Niger, Wasiu Abiodun, said the assailants attacked the priest at about 3:00 a.m. on Sunday.

Another victim, identified as Father Collins sustained gunshot wounds in his shoulder while attempting to escape from the burning building.

Mr Abiodun detailed that the bandits escaped before the Kafin Koro police division could reach the scene of the attack.

He however declared that Police Commissioner Ayodeji Ogundele had ordered a reinforcement team to the area of the attack to ensure the arrest and prosecution of the criminals, while investigations are ongoing.

The charred body of the deceased has been recovered and secured, and the injured victim has been taken to the hospital for medical treatment,” the police spokesman said.