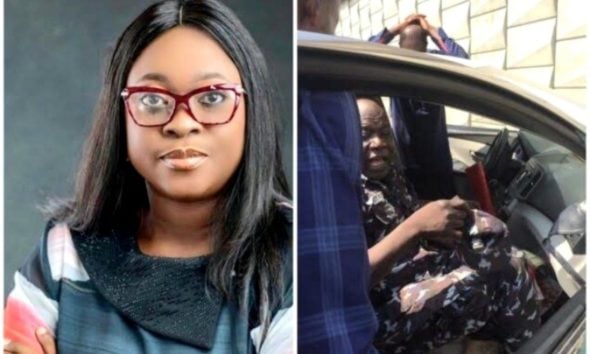 Lagos State Government has taken over the prosecution of the policeman who fatally shot Bolanle Raheem.The lawyer was killed after ASP Drambi Vandi opened fire on Christmas day after flagging down Bolanle and her husband.Vandi and his team, now in custody, were attached to the Ajiwe Police Station in Ajah.The Nigerian Bar Association (NBA) has called for full details of what transpired on Sunday.On Tuesday, Governor Babajide Sanwo-Olu declared his stand on justice for the family.Sanwo-Olu sent a delegation of top officials to console the family at their home in Ajah.The team was led by Attorney General and Commissioner for Justice Moyo Onigbanjo, SAN, who announced that the state would prosecute the case.“We have the permission of Mr Governor to tell you that justice will be done in this matter. The matter will be charged to court as soon as the police send us the case file.“I will be leading the prosecution to show the seriousness the government attaches to this matter”, Onigbanjo stated.The husband of the late Bolanle, Gbenga Raheem thanked Sanwo-Olu for his empathy.Others on the delegation were Head of Service Muri Okunola, Women and Poverty Alleviation Commissioner, Bolaji Dada, Commissioner for Information, Gbenga Omotoso, and Special Adviser Tubosun Alake

Related Topics:Bolanle Raheem: Lagos State takes over prosecution of killer cop
Up Next

Insecurity: Christmas was peaceful in our area – Some Kaduna residents