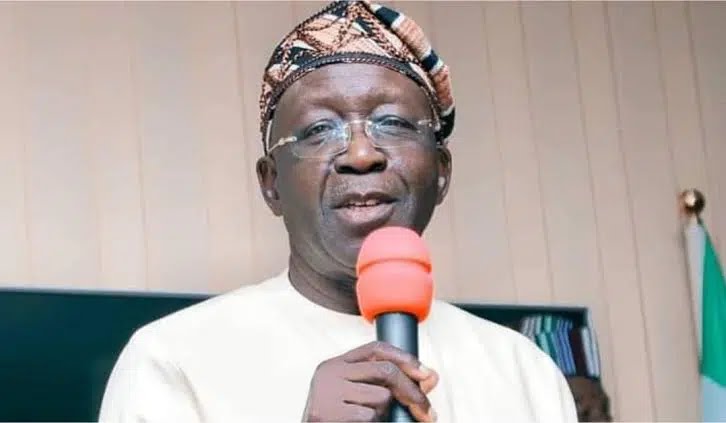 Senator Iyorchia Ayu, National Chairman of the Peoples Democratic Party (PDP), has stated that he was elected to reclaim power from the All Progressives Congress (APC).
According to Track News, the PDP Chairman’s media aide, Simon Imobo-Tswam, stated this during an interview with newsmen on Tuesday in Abuja.

According to Imobo-Tswam, the Benue-born politician was elected national chairman to return the PDP to power in 2023 and evict the APC from Aso Rock.

He claimed that he was elected to unite the party and galvanize it for victory because of Ayu’s political experience and credentials.

Imobo-Tswam described the party squabble as a burden associated with leadership, which he said his boss handled well.

He emphasized that the national chairman had previously served as a university professor, a senator, a Senate President, and a minister, all of which prepared him for what is happening now.

Imobo-Tsam emphasized that the national chairman was handling the party crisis as well as the internal conflict resolution mechanisms to the best of his ability.

“Ayu was elected to bring the PDP back to power; the party was in crisis when he took over,” he explained. The entire party, beginning with his zone, looked at his person and credentials and decided that a man like him should come at this time and unite the party, galvanize it for victory, and recover the country from the mediocrity of the ruling party APC, and so far, so good.

“The crisis or ripples within the party are part of the burden of leadership, and he is managing it well; he is prepared and experienced for the office he now holds.”

“If you don’t want the burden, don’t shop at the leadership counter; instead, stay at home and sell ice cream.” Everyone in public, especially those in the front, should be prepared to bear the burden. He can multitask and handle a crisis.”

Advertisement
Related Topics:I Was Elected To Return PDP To Power And Eject APC From Aso Rock - Ayu
Up Next

FG Set To Release Mass Prisoners From Kuje, Kirikiri, Others