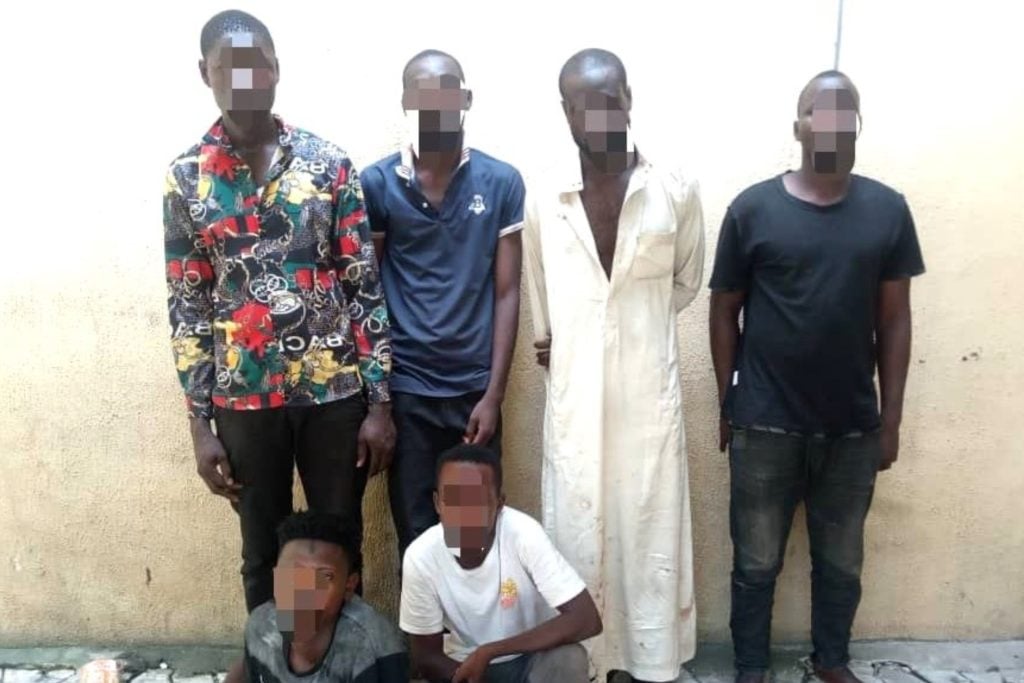 Hundeyin claimed the gang plotted and kidnapped an eight-year-old child of a fellow operator.

“Three days later, the child was released bound hands and feet in a sack,” the spokesperson said.

Preliminary investigation revealed that the suspects and the victims’ father both work in the same neighborhood.

After the ongoing investigation is completed, the police will charge them in court.