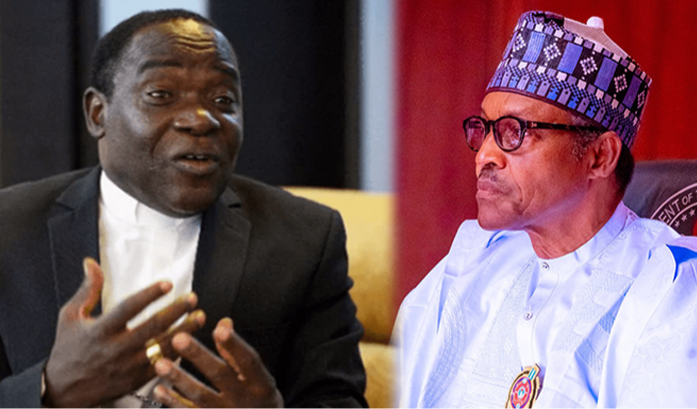 Bishop of Sokoto Catholic Diocese, Matthew Hassan Kukah, has again berated President Muhammadu Buhari regime for nepotism and corruption, saying the regime will leave Nigerians far more vulnerable than it met it.In his Christmas message on Sunday, Mr Kukah said Mr Buhari regime made lofty promises but could not deliver on them.“It is sad that despite your lofty promises, you are leaving us far more vulnerable than when you came, that the corruption we thought would be fought has become a leviathan and sadly, a consequence of a government marked by nepotism,” the cleric said of Mr Buhari.The fiery cleric further said “we know that you are healthier now than you were before. We can see it in the spring in your steps, the thousands of miles you have continued to cover as you travel abroad. May God give you more years of good health.“However, I also wish that millions of our citizens had a chance to enjoy just a fraction of your own health by a measurable improvement in the quality of health care in our country.”Mr Kukah has been consistent in his scathing criticism of the Buhari regime. In response, many government agents and apologists have vilified him for his troubles.President Buhari’s media assistant Garba Shehu labelled Mr Kukah a Buhari hater in the aftermath of the cleric’s strong-worded homily last Christmas.

Related Topics:Buhari leaving Nigeria far worse than he met it: Bishop Kukah
Up Next