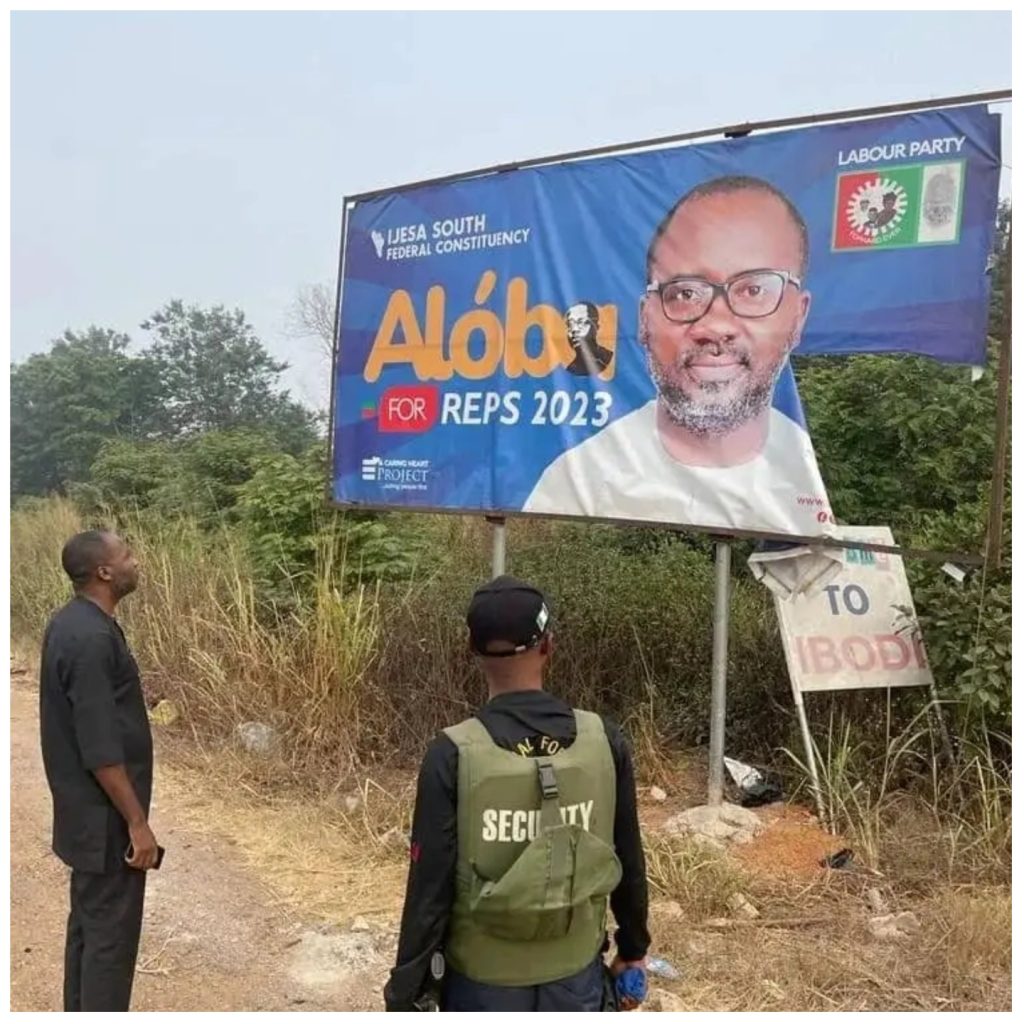 The Peoples Democratic Party (PDP) in Ijesaland has been accused of destroying the campaign billboards of Gideon Aloba.

Aloba is the Labour Party candidate for the Ijesa South Federal Constituency in the 2023 general elections.

Aloba claimed that his campaign posters in the four local governments of Ilesa East, Ilesa West, Atakunmosa East and Atakunmosa West have been coming under sustained coordinated attacks by sponsors who are members of the PDP.

The House of Representatives hopeful decried the politics of destruction, intimidation and violence in the area.

2023 elections: We will not sit on the fence – African Church declares