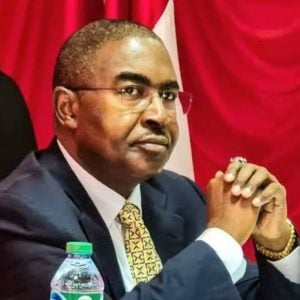 The US government has announced a project to help Nigeria fight illicit drugs.

The assistance will improve the forensic and chemical analysis, intelligence gathering, and prosecution capabilities of the National Drug Law Enforcement Agency (NDLEA).

The intervention is being coordinated by the Bureau of International Narcotics and Law Enforcement Affairs of the United States Department of State (INL).

The NDLEA’s Director of Media, Femi Babafemi, made the announcement in a statement on Monday.

During a series of meetings with American officials in Abuja and Washington, D.C., the Chairman, Brig. Gen. Mohamed Buba Marwa (retd), requested the assistance.

According to the approval letter to Marwa, the project will be implemented in Nigeria by the United Nations Office on Drugs and Crime.

The funding will assist the NDLEA’s intelligence-led investigations by providing a variety of resources such as legal books, an e-library for prosecution, and other resources.

Babafemi stated that by improving collection, handling, and custodial procedures, the agency would be better prepared to prosecute cases with strong evidence.

The project, according to the US government, “will be an important step toward our shared goal of a united, peaceful, and stable Nigeria.”

Advertisement
Related Topics:The US approved forensic and intelligence assistance for the NDLEA in the drug war
Up Next