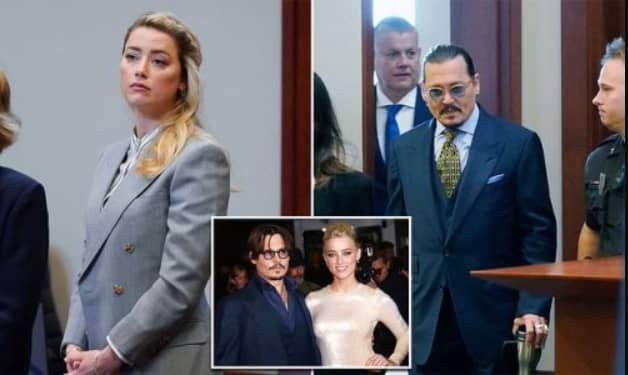 Amber Heard has filed an appeal to the Virginia courts asking for a reversal of the decision or a new trial in the defamation case against her ex-husband Johnny Depp, which she lost earlier this year.

Heard, 36, filed her appeal last month and argued that the exclusion of some of her therapy notes, in which she reported being abused by Depp, resulted in an unfair trial. The notes were ruled out by Virginia Judge Penney Azcarate.

In June, Depp, 56, was awarded $10.35million in a verdict delivered after his legal team successfully argued that Heard’s Washington Post op-ed, in which she accused her ex-husband of domestic abuse, was defamatory.

Heard did not name Depp publicly in the piece but given their status and notoriety, it was evident who she was referencing in regard to her history of being allegedly abused.

Now, in a 68-page document dated to late November, Heard’s attorneys write that the court ‘improperly prevented the jury from considering several instances in which Heard reported Depp’s abuse to a medical professional.’

‘If not reversed, the trial court’s exclusion of contemporaneous reports of domestic abuse to medical professionals will make it more difficult for other abuse victims to prove allegations of abuse, and likely deter them from coming forward,’ they continued.

Rapper, Boosie reacts after Gabrielle Union made insinuations about his sexuality following his statement on her stepchild

Chelsea star, Raheem Sterling leaves England World Cup squad after armed intruders broke into his home with his family inside