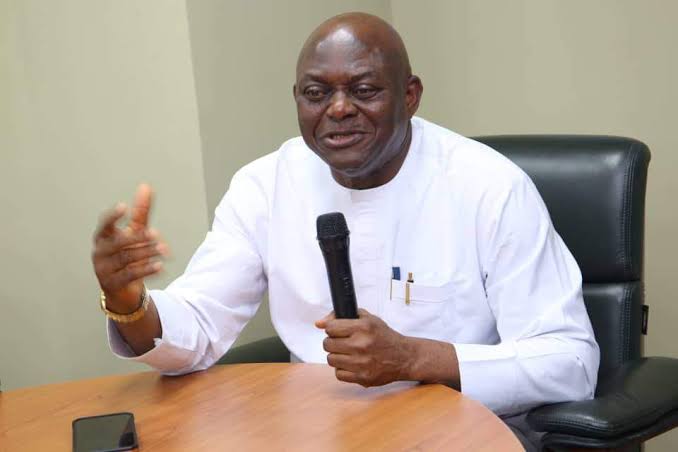 The Acting Managing Director of the Niger Delta Development Commission (NDDC), Mr. Emmanuel Audu-Ohwavborua, has said that the swift restoration of the damaged sections of East-West Road in Delta, Bayelsa and Rivers States has brought joy to the people of the region.

Audu-Ohwavborua said that what the commission has achieved in the rehabilitation of the flood-ravaged section of the East-West Road remained a miracle, considering the bad state of the road some weeks ago.

He expressed these views when he spoke during an inspection of the emergency repairs being executed by SETRACO Construction Company, at Okogbe in Ahoada West Local Government Area of Rivers State.

He remarked: “To say that there is an improvement on what we saw when we inspected the road two weeks ago is an understatement. What we have done here could be likened to a miracle, considering the terrible state of the road a few weeks ago.

“I thank President Muhammadu Buhari and the Minister of Niger Delta Affairs, Mr. Umana Okon Umana, for initiating actions that ensured the emergency repair of the road. I thank them for their magnanimity in heeding the cries of the people and making these emergency repairs possible.”

The NDDC boss noted that the minister, who had earlier inspected the damaged road in the company the commission’s officials, issued a marching order for a quick restoration of the road.

He declared: “Today, I am happy, knowing that our people are no longer cut off from each other. Our people are happy and I can see the excitement on their faces.

“It gives me joy that the road is now through and our people have been relieved of a lot of stress. This is one of the reasons for establishing the NDDC to be able to intervene in situations like this.

“Having restored the road to a fairly good state, we will now work on getting the contractor to also return it to asphalt level. In doing this, we will liaise with the Federal Ministry of Works and Housing to agree on the details.”

Audu-Ohwavborua observed that what the NDDC did was emergency repairs, which ordinarily should take about one month. He noted, however, that in just two weeks, “we are almost rounding off the work. We have charged the construction company to finish the repairs within one month.

“We cannot rest when our people are out here suffering. That is why our engineers have been on their toes to monitor the progress of work by the construction company. The first day I came here, tears welled up in my eyes. People were stuck for hours and, some, for days. They could not move. We saw boats ferrying people across. Goods perished as the people waited for help. But today, we thank God because the story is no longer the same.”

In his own remarks, the Project Manager of SETRACO, Engr. Michel Issa, said that the company had delivered on the task given to it, which was to make the road motorable. “We have successfully restored the very bad sections of the road.”

He stated that significant progress had been made at the Okogbe and Ihuike sections in Rivers State, as well as at the Patani section in Delta State. “We have stabilised and provided st

Related Topics:Restoration of East-West Road Brings Joy to N’DeltaSays NDDC Boss
Up Next