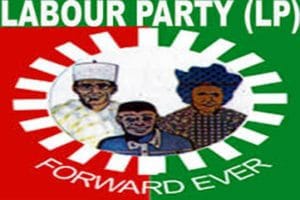 The Labour Party has expressed interest in joining the suit seeking to disqualify all Peoples Democratic Party, PDP, candidates for the 2023 general elections in Enugu State.
The suit, which was previously filed at the Federal High Court in Abuja, has been transferred to the Enugu Division of the Court, according to Track News.

The suit, originally filed by the Action Democratic Alliance Senatorial candidate for Enugu North Senatorial District, Comrade Chika Emmanuel Idoko, sought a perpetual injunction restraining the Independent National Electoral Commission (INEC) and the PDP from fielding candidates for all positions available in the State, including governorship, senatorial, House of Representatives, and House of Assembly, during the 2023 General Elections.

The case has been scheduled for a hearing on November 24.

According to court filings made on its behalf by Messrs Chukwudei Igwe, Emeka Abba, Helen Ugwu, and Oluseyi Adegbejo, the Labour Party’s motion for joinder was brought pursuant to Order 26 Rules 1 & 2, Order 9 Rule 14 (2) (b) of the Federal High Court of Nigeria (Civil Procedure) Rules 2019 and averred that Labour Party is an interested party in the suit, being a political party with

The Independent National Electoral Commission (INEC), the Peoples Democratic Party (PDP), and its election candidates are named as respondents in the suit, No FHC/EN/CS/217/22.

The claimants contend that the PDP violated provisions of the Electoral Act, which require a minimum number of days’ notice before holding party primaries that produced the candidates that it submitted to INEC ahead of the 2023 elections, and thus should be barred from participating in the elections by the Court.

The Plaintiffs also asked the Court to “declare that by the interpretation of the express provisions of Section 84 (13) of the Electoral Act, 2022, the 1′′ defendant is under a duty not to include the 3rd to 38th defendants as Candidates of the 2nd defendant for Governorship, Senate, House of Representatives, and House of Assembly in Enugu State for the 2023 General Election.”