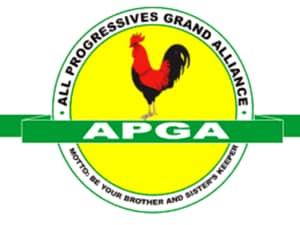 Professor Greg Ibe, the governorship candidate of the All Progressive Grand Alliance, APGA, in Abia State, has urged his throngs of supporters and APGA members in the state not to panic over the Abuja High Court’s decision to nullify the governorship primary in the state.

Justice Binta Nyako of the Abuja High Court, who delivered the decision in a suit filed by one of the governorship aspirants, Chief Chikwe Udensi, ordered a new primary election within 14 days.

This comes barely 24 hours after a federal high court in Umuahia dismissed a suit filed by another aspirant, Gen. Ijioma N. Ijioma, seeking the annulment of the primary election on the grounds of lack of merit.

Professor Ibe’s Media Aide, Rev. Sleek Ogwo, said in a statement that his lawyers had appealed the verdict and that he had also obtained a stay of execution.

He characterized the legal fireworks aimed at his emergence as antics of the state’s anti-democratic forces.

The APGA governorship candidate stated that Udensi and his supporters would be unable to stop or prevail against God’s will, and expressed hope that the Appellate Court would uphold his candidacy.

He also stated that the inauguration of his Campaign Council, as well as the campaigns, would go ahead as planned.

“We will cross the Red Sea.” Our program will continue as planned, as will our campaigns. There is no turning back now. We must rescue our state from those who are holding it down. Nobody will be able to stop the birth of the New Abia.”

Professor Ibe claimed that Udensi lied to the court by claiming that the APGA primary election on May 29 was peaceful and supervised by the Independent National Electoral Commission, INEC.

“We thank the Judge for issuing the unexpected judgment.” He is well aware that INEC stamped the entire delegate list for the election, and that INEC was the umpire.

“What Udensi presented to us was personal to him, and he used it to pass judgment on us.” However, there is no cause for concern. We express our gratitude to God.

” Our throngs of supporters and APGA members should not be concerned. We continue to move. Our party will continue to grow in strength.

” We are aware of what is going on with Udensi and his sponsors. “However, they will all fail.”

Nweike congratulates Charles Obi on his appointment,cdeclares his support for Oborevwori.