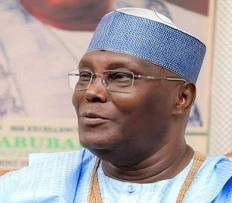 The Plateau State Chapter of the People’s Democratic Party, PDP, has finalized plans to host its Presidential candidate, Alh Atiku Abubakar, who will campaign in Jos, as officials say the Party is well prepared to rescue and reverse the downward trend that has been the order of the day for more than seven years.

Chris Hassan, the State PDP Chairman, told journalists in Jos on Wednesday that the Party would continue to enjoy citizens’ goodwill and support as Presidential candidate Atiku Abubakar met and interacted with them.

Hassan urged the people to reject the candidates of the All Progressives Congress, APC, because the APC has nothing to offer the people, and he urged all PDP members to work for the Party’s success in all elections in 2023.

“You will recall that the Party was at one time plunged into induced crises after some disgruntled members infiltrated the Party through the sponsorship of the All Progressives Congress, seeking the Soul of the Party using various means, media war and court in the bid to destroy it,” he said. But, to God be the glory, the Party breathed a sigh of relief when the final case affecting its soul was dismissed at the Jos Federal High Court, removing all legal impediments and clearing the way for the Party to face the electorates.

“It is worth noting that the Party is facing the 2023 Election with a clean slate, “and we shall come out victorious,” even the status of the STATE EXECUTIVE has been cleared with the judgment delivered by Justice D. V. AGISHI, which put to rest the non-compliance with Gangs Judgement. It is instructive to state unequivocally that the repeat State Congress held on September 25, 2021 is not being challenged in court by any party faithful…

“Following this encouraging judgment and confirmation of the Party’s legitimacy as the Party’s executive, we will continue to work with great understanding and commitment to ensure that we return the PDP to the government house, as we are working assiduously to achieve.” As victory approaches, we urge Plateau citizens to remain steadfast and committed to the Party’s success. Let us all band together to save Plateau State from total collapse, as the APC has nothing to offer…

“We have continued to enjoy the support of individuals and groups within the Party since the formation of the Campaign Council several months ago.” In recent weeks, there has been unprecedented interaction with candidates and aspirants at all levels, including the Senate, House of Representatives, and State Assembly. While interaction with individuals and groups continues, I can assure you that, by the grace of God, and in light of our tremendous success thus far, we will enter the upcoming elections as a strong and united family.

“As you are aware, we are launching our Presidential Campaign on Tuesday, December 13th, 2022, when our incoming President of the Federal Republic of Nigeria, His Excellency Alh. Atiku Abubakar, will be in Jos to meet and interact with the Plateau people.” We hope to have the goodwill and support of the good and hospitable people of Plateau State. We are leaving well-prepared, with the vision of The Time Is Now to Truly Rescue and Rebuild Plateau State. We are motivated by a conscious and patriotic desire to reverse the downward spiral that has become the norm in the State over the last seven and a half years.”

“We are witnessing a situation where there is a sudden jolt by the Lalong administration that had been sleeping all this time to hoodwink the people of the state into believing it is a caring government,” he added. In a desperate attempt to attract the attention of unsuspecting Plateau people, there is currently a rush to recruit only relatives into the civil service without following due process.

“This lopsided employment process at the end of the APC administration is nothing but an insult to the unity of the plateau people; we challenge the government to publish the names of those employed so that we can see the distribution across the state.” We are dealing with an administration that has not only betrayed the people of Plateau State’s trust, but has also turned against them. We are dealing with a leader who, rather than dying for his people, is willing to die for an individual. “When people asked me why I was dying for Buhari, I told them I will die for Buhari because he is my helper,” said Governor Lalong. He is equating God with a person.

“One of our greatest challenges is to alleviate the suffering of our people.” I want to reassure the good people of Plateau State that our Gubernatorial candidate, Barr. Caleb Mutfwang, will bring his personality, exposure, and experience to bear in our quest for peace and security, as well as the development of our beloved state. We cannot afford to fail the Plateau people, nor can we force failure by toppling the APC government. I’m using this platform to advocate for more peace and unity within the PDP family as we prepare to vote 5/5 for Atiku/Mutfwang in 2023.”

Advertisement
Related Topics:Atiku takes his campaign train to Jos.
Up Next

Tinubu believes that a Muslim/Muslim ticket will change Nigeria’s political narrative in 2023.