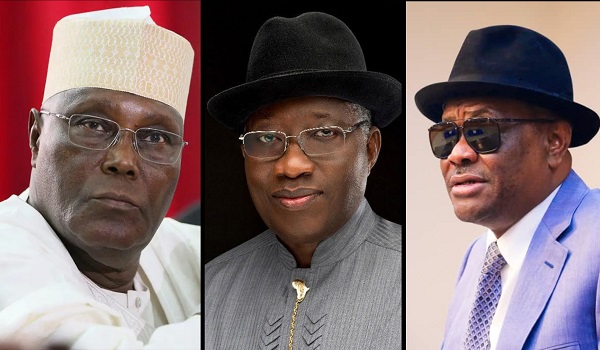 The camp is enraged because it believes Atiku colluded with disgruntled PDP governors and leaders to ensure Jonathan’s defeat in the 2015 election.

Many former ministers and political office holders under the former President have urged him to reject Atiku’s olive branch for the 2023 election.

However, a few former ministers, such as Osita Chidoka (Aviation), have become committed to Atiku’s project.

According to a member of Jonathan’s strategy team, the group will not support Atiku.

“The Jonathan loyalists who oppose Atiku are in the majority,” he said. We are still in the PDP, but we will prevent Atiku from becoming president in 2023.

“His visit to Jonathan was pointless because he has a date with history.” Between 2013 and 2014, Atiku played a critical role in ensuring Jonathan’s defeat.

What a person sows is what he will reap. We informed Jonathan of our decision. Poetic justice is being served to Atiku.

“At what point did he realize Jonathan was now a political asset?” I can assure you that Jonathan will not even bother looking at Atiku’s side. He would rather have God fight for him.”

“The same PDP leaders who accompanied Atiku to Jonathan’s residence have not accorded him the right honour in the party,” another source said in confidence.

“Because of their contempt for Jonathan, they have reduced him to the status of a general without troops.”

“Atiku has embarked on a use-and-dump mission to Jonathan, which will fail.” He should go tell Nigerians about Jonathan’s qualities that have earned him a shuttle to his residence.”

“We have a few members of Jonathan’s camp, like Osita Chidoka, still following Atiku around for no justifiable political cause,” a high-ranking source said. They have no influence on Atiku’s campaign.

“We will do everything in our power to de-market and keep Atiku from winning.” Allow him to experience what Jonathan did. Members of Jonathan’s former New PDP (nPDP) scandalized him for no other reason than a desire for power.”

Advertisement
Related Topics:Wike claims Atiku humiliated the former president in 2015
Up Next

Atiku’s supporters abandon him in favor of another presidential candidate

PDP has lost it all – Arewa Youths drop shocking update