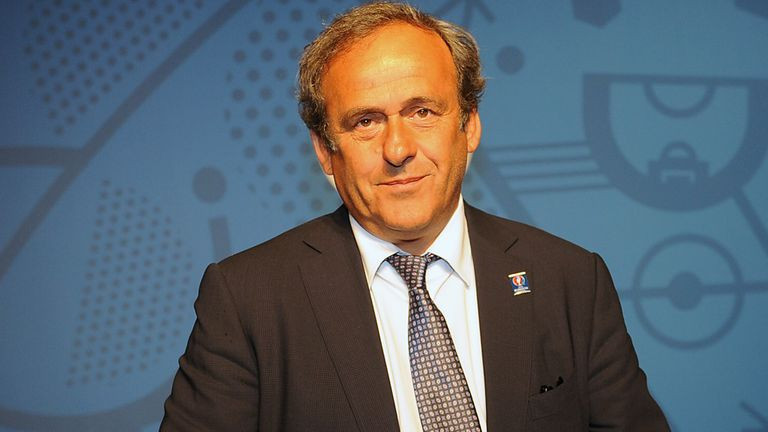 Former UEFA President Michel Platini, who was instrumental in Qatar’s bid to host the 2022 FIFA World Cup, has been declined an invitation to the tournament by Doha.

It is widely assumed that without the former French captain’s support, Qatar would not have won the bid to host the event, which began on Sunday with the hosts losing 2-0 to Ecuador.

However, with Platini now facing a series of corruption allegations, Qatar appears to have distanced itself from him.

“I have not received any invitation, other than from many media outlets, and I have no intention of going there,” Platini, one of the greatest players of all time, told the French newspaper L’Équipe.

Platini has publicly acknowledged having lunch with then-French President Nicolas Sarkozy and Sheikh Tamim bin Hamad Al Thani, the current Emir of Qatar and an International Olympic Committee member at the time, in November 2010, less than a fortnight before FIFA’s vote on the 2018 and 2022 World Cup hosts.

France was looking for strong economic ties with mega-wealthy Qatar at the time, and Paris Saint-Germain (PSG), the club Sarkozy supports, was in decline and financial difficulties.

Platini stated that he understood Sarkozy’s desire for him to vote for Qatar, but he denied being influenced.

“I knew Sarkozy wanted Qataris to buy PSG,” he explained.

According to the then-FIFA president, Sepp Blatter, Platini told him after the lunch that he had switched his vote from the United States to Qatar, and that three other European FIFA Executive Committee members had also switched their votes to Qatar.

Platini admitted in 2015, when he was a candidate to succeed Blatter as President, that he “might have told” US officials previously that he would vote for their bid, but he has denied that the lunch changed his mind.

Platini, who scored 41 goals in 72 appearances for France, has since claimed that he decided to vote for Qatar before lunch.

Laurent Platini, his son, became CEO of Qatar Sports Investments (QSI)-owned Burrda in 2012, which Platini has always denied had anything to do with his vote or represented a conflict of interest.

Following Qatar’s surprise victory in the FIFA vote, QSI purchased PSG in 2011, and the Qatar sovereign fund has since massively funded the Ligue 1 club, transforming them into one of Europe’s leading teams.

Platini was arrested in June 2019 as part of a criminal investigation into alleged corruption related to FIFA’s decision to hold the 2022 World Cup in Qatar.

Platini and Blatter were barred from participating in football activities in 2015, following Platini’s receipt of CHF2 million (£1.8 million/$2.1 million/€2 million) from FIFA in 2011.

Both men claimed it was in exchange for Platini’s work as a FIFA football adviser, which he had completed nine years before in 2002.

The Federal Criminal Court in Bellinzona, Switzerland, cleared Platini and Blatter of criminal charges in July of this year.

The Swiss Confederation’s Public Ministry has since appealed the decision, and the pair will now stand trial again.

Related Topics:Ex-UEFA President Michel Platini is not invited to the FIFA World Cup in Qatar in 2022.
Up Next

Argentina, France launch title bids for Qatar 2022, with Messi at the center.